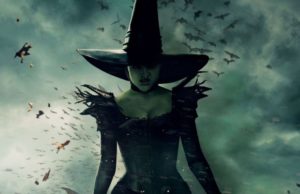 In 1786, Castle Street, Liverpool, UK, was widened to allow more traffic and pedestrians better access to the burgeoning thoroughfares of Dale and Lord Streets. Before the widening of Castle Street, only two carriages could pass one another in its narrow lane.

Many old crumbling houses were pulled down by during the redevelopment, and new private properties were erected in their place. An old tenant named Mary Gore was forced to move out of her ancient wooden home on Castle Street, and the little compensation money she was given was stolen from her by the foreman of a group of builders who were erecting Heywoods Bank.

Mary Gore cursed the foreman, and went to stay with her sister Isabel, who worked at the Golden Lion Inn on Dale Street. The foreman, whose name was Collins, was told by one of the Irish workmen that Mary Gore was a witch, and that her coven were to be avoided at all costs.

The Irishman advised his boss to give back the money he had stolen from Mary or face the lethal magic of her coven.

Collins told the Irishman to get on with his work, and ridiculed the old woman and the idea of her being a witch, but, unknown to the foreman, Mary Gore was a witch, and belonged to a coven that was feared across England. Most of the witches of the coven lived at an old house situated in a dark alleyway off Dale Street.

When Mr Collins went to the Golden Lion Inn on Dale Street during the afternoon break, he heard more about these witches from an old sea captain he got into conversation with. The captain, a Mr Harrison, said that the witches had a great black metal cauldron which they used to boil unholy concoctions made from the parts of corpses stolen from churchyard.

The witches had also been seen flying out of the garret window of the house on brooms, and sailors and captains had even seen the witches flying high above their ships at sea. The witches flew to Wales, the Isle of Man, and some even went as far as Ireland on mysterious journeys.

‘Nonsense,’ said Collins, but he seemed so nervous.

The old woman Mary Gore came up to the foreman in the tavern and pointed him out to her sister Isabel, saying, ‘This is the man who stole my money from me, I have cursed him to die a slow and painful death.’

Mr Collins hurled his flagon of ale at the old crone, and she tried to claw at his face, but her sister Isabel pulled back the old woman and took her upstairs to her room in the tavern.
Later that day, the builders left the site on Castle Street and started to travel back to their homes, when a dense fog came creeping up James Street from the Mersey.

It blotted out everything, and within minutes, the foreman Mr Collins was stumbling over the mounds of rubble at the Castle Street demolition site as he tried to make his way home. Then people in the area heard a man shouting, and screams – and these sounds seemed to come from above.

When the fog cleared on the following morning, no one could find Mr Collins anywhere. Then one of the workers noticed something very strange. There was something on the weather vane of the Exchange building in the distance. Those with good eyesight said it looked like a man, and when they got nearer to the building, they saw it was a man, impaled through his mid-section on the weather vane.

A captain unfolded his telescope and looked at the grisly sight, and saw that it was a red-headed man. His blood had trickled down the weather vane and dripped upon the domed roof of the Exchange. A crowd began to gather, and people wondered who the man was.

A balloonist named Lunardi had recently flown over the area, and some wondered if the impaled man atop of the Exchange had perhaps fallen out of a balloon, but one of the people who looked through the captain’s telescope at the man who had been spitted on the weather vane recognized him as Mr Collins, the foreman of the Castle Street builders.

How on earth had Collins ended up skewered on the weather vane hundreds of feet in the air? He wondered. As the crowd watched, a number of large black birds flew from the north and circled the roof of the Exchange. It was a muster of crows, and they flew at the impaled corpse and pecked at it. To the carrion crows the body of Collins was just a carcass.

As the authorities made plans to retrieve the body, the crows tore its flesh apart until it was a bloody mess. At one in the afternoon, a violent thunderstorm struck the town, and as stinging hailstones pelted down on the morbid sightseers who had gathered to see the impaled man, a powerful bolt of lightning hit the weathervane.

The body was partly scorched by the lightning and it fell apart and dropped from the weather vane. The legs, torso, arms, intestines, and head bounced off the domed roof and fell onto the crowd.

The extensive bloodstain on the dome remained for several weeks, until the rains washed it away, and the parts of Mr Collins’ body was buried in a pauper’s grave at a local churchyard. The workers continued building the bank on Castle Street, but each day during their lunch break, they would speculate upon how their late foreman had ended up run through by a weather vane.

A slow-witted lad named Samuel, who helped out on the building site, said he had seen what had happened to Mr Collins that day. The boy struggled to find words to describe what he remembered in his mind, but finally he told his engrossed listeners: ‘The women came down and they took him up into the air.’

‘What women Sam?’ one of the builders asked, eager to know more.

‘Women in black sitting on brooms, they took him up,’ Samuel replied, and started to grin as he recalled how the witches swooped down on Mr Collins and grabbed him. Then they had impaled him on the cast iron weather vane, their punishment for stealing from a member of their coven named Mary Gore.

The builders found it hard to believe Samuel’s incredible story, yet they knew the boy never lied, because of his cretinism.

Anyway, the witches of that coven have descendants all over Merseyside. They descended into families with surnames Bridges, Molloy, Loftus, as well as more families with commoner surnames such as Jones and McGloughlin. Perhaps you have witch-blood flowing in your veins…