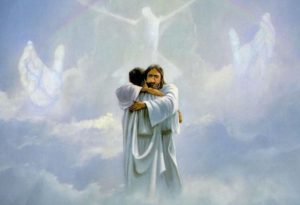 “Many people all over the world would love for this to be their worst day.”

It’s tough advice from your dad to contemplate when your six-year-old has been left paralysed and fighting for life after a car crash you caused.

Incredibly, father of four Kevin Malarkey has not only seen more good come out of the horrific accident that almost cost his son’s life – but if he had his time again, he would not change a thing.

The story of Alex Malarkey, The Boy Who Came Back from Heaven, has not only made the New York Times’ best seller list, but has attracted interest from people around the world, particularly in Australia.

After hearing of his plight on the internet, people as far away as Afghanistan began praying for the little boy who suffered the most severe spinal injury, a broken pelvis and traumatic brain injury.

In layman’s terms, Alex suffered an internal decapitation – his skull became detached from his spinal cord. In medical terms, he should have died.

Alex not only survived but became the first child in the world to receive the “Christopher Reeve” surgery, allowing him to breathe without a ventilator.

But the story goes much beyond that. In the book, Alex, who was in a coma for two months, tells of going to heaven, seeing angels carry his father out of the car wreck, meeting and talking with Jesus, and hearing the most incredible music.

“When I arrived in heaven, I was inside the gate. The gate was really tall, and it was white,” Alex says in his account in the book.

“It was very shiny, and it looked like it had scales like a fish. I was in the inner heaven and everything was brighter and more intense on the inside of the gate. It was perfect.

“Perfect is my favourite word for describing heaven.”

It’s an account which even his father, a well educated man and the son of a clinical research director, struggled to believe at first.

“When he first started talking about it, I thought he had brain damage,” Kevin told the Daily from his Ohio home.

While Kevin has no memory of the accident itself, his son tells of talking to Jesus from above as he watched firemen take his young body out of the car and put him on a flat board. 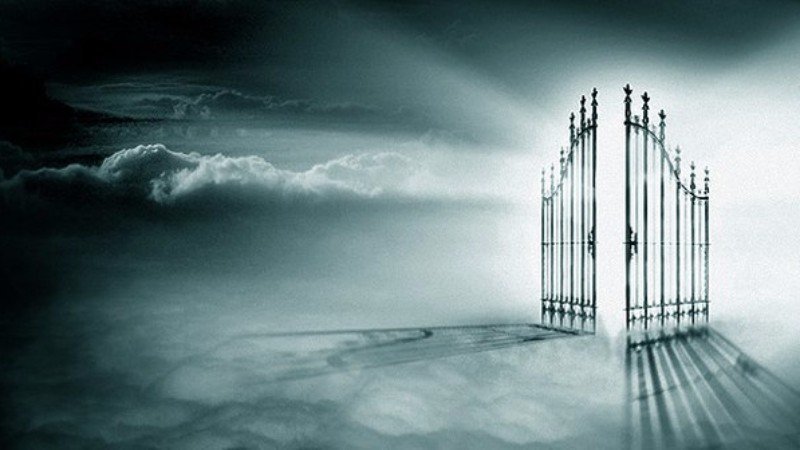 He describes his dad screaming, “Alex, Alex, Alex,” and then later making a phone call and going over to the helicopter to talk to the man in a blue suit.

In the book, his mother corrects him, saying it was probably an orange suit. But checks later with the helicopter crew reveal the guy was wearing a blue suit.

Alex’s story makes for compelling reading, but the book may never have been written were it not for an Associated Press reporter who urged Kevin to put pen to paper after covering Alex’s surgery story.

Kevin says his son was at first reluctant to be involved in the book because he did not want to be the centre of attention. And Alex says much of what he saw in heaven, he had been told he could not even tell his father about.

“We probably only know about 10% of what he knows. I think he is very protective about it.”

Of course, there have been plenty who have canned the book, with some accusing Kevin of ‘being a nut job’ or, worse, trying to cash in on his son’s incredible story.

But the book is far from “up in the clouds”.

In it, Kevin, a trained counsellor, details how his own marriage took a hammering through the crisis, how his personal faith was continually tested, and details one incident where he completely lost it with a doctor.

In the years since the 2004 accident, Alex has made remarkable progress. He can now stand in a supportive frame and with the help of a special harness can walk on a treadmill while helpers move his legs.

Alex loves watching sports and cheering for his favourite teams, the Pittsburgh Steelers and the Ohio State Buckeyes.

Asked whether he believes his son will ever walk again, Kevin replies, “Absolutely. Why not?” He says his son’s journey has already been a series of miracles.

Even if never walks again, he says, “I know one thing about Alex. Alex will impact the world for good.”

“Of all of my four kids, I worry the least about Alex.”

Rebirth of Taranjit Singh: The Case When Science Uphold the Belief in Reincarnation