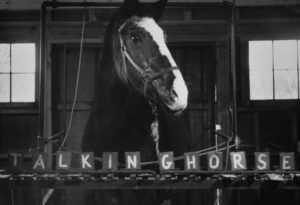 Mare Lady Wonder, declared genuine by experts after extensive testing, had telepathic and precognitive abilities, as documented in books and the media.

Mrs. Claudia D. Fonda loved horses and taught Shetland ponies to do some easy tricks when she was younger. Her husband bought Lady Wonder for her when the foal was 2 weeks old. It usually takes 3-5 months or more to wean a horse.

She bottle- fed the foal milk and played with her as one plays with children. She bought blocks and spent many hours creating houses and spelling words for her. One day, children were playing the “hide the thimble” game. They learned that it wasn’t possible to hide anything from the horse.

Claudia and her husband noticed an unusual talent that the filly displayed. She came trotting toward them when they thought about calling her. By the time she was 2 years-old, she learned to count and to spell out short words with the blocks by nudging them with her nose.

Claudia and her husband created a unique typewriter for her. Its letters were spread out in front of the horse, but facing an audience.

She lowered her nose onto levers that flipped up providing letters or numbers to answer question. One day she spelled the word “engine” and, moments later, a large tractor went past the house.

News of her talents spread quickly. Thousands of people visited to ask questions. Claudia charged fifty cents for each question.

In 1928, she was studied by the two men who are considered the fathers of modern parapsychology, Drs. Joseph Banks Rhine and William McDougall. Dr. Louisa Rhine, who worked with them in developing the speculative science, was also an experimenter.

They conducted several hundreds of experiments with the mare, using the scientific method. They put a screen between them and the horse. The parapsychologists created a keyboard of numbers, ranging from 1 to 0 and one with the letters of the alphabet.

Lady Wonder would tap a lever that turned over the correct letter or number to answer the question. The mare answered math and informal questions by nudging the right blocks.

Claudia wasn’t always present when Lady was tested, which ruled out chicanery.Joseph wrote the words “Mesopotamia”, “Hindustan” and “Carolina” on paper and kept it hidden. He asked her what he wrote and she responded accurately.

When McDougall asked the mare what his colleague’s name was, she spelled it correctly. The parapsychologists believed she had telepathic ability, one of the types of anpsi, animal psychic phenomena. 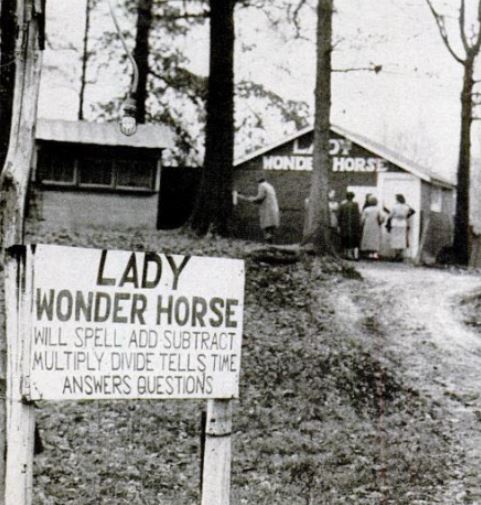 Jack Woodford and the mare had a mutual loathing for each other, as Claudia told him later. He thought the mare looked swaybacked, raggedy, hideous and he despised her. He asked the horse what his name was. Her answer was Jack. He said she was wrong.

Lady Wonder looked at him with disdain; Claudia, with distrust. She told the mare to try again and she typed “Josh.” Jack used a pseudonym. His name was Josiah Pitts Woolfolk and his late grandmother used to call him Josh.

Claudia told him the mare wanted him to leave. The horse was tapping her front hoof on the floor. Jack wondered how she could have known the name, Josh, because his wife and daughter didn’t know. Occasionally, Jack continued to visit the horse, although the mutual loathing continued.

A Washington DC official wrote Jack a letter saying he and his wife wanted to meet the mare. Jack arranged the get-together, but did not join them when they met Lady Wonder. The couple was distressed when they left the barn.

When they arrived at the depot, the woman walked to the train, but the man remained. He told Jack he didn’t think it was amusing that the mare told Claudia he and the woman weren’t married, although people thought they were. Jack was shocked because didn’t know it.

In January 1951, four-year-old Danny Matson vanished in Quincy, Massachusetts. The police searched for him without success for months. Finally, the mare was contacted.

According to District Attorney Edmund R. Dewing, the horse told them to go the Pittsfield Water Wheel, which he and those involved in the case realized she meant Pit Field Wilde Water a water-filled quarry, they had already searched. They drained the quarry and found Danny’s body.

Two children disappeared during the winter of 1952-53 in Illinois. One of the mothers, Mrs. Geraldine Rosentiel, went to consult Lady Wonder.

She told her that the children would be found in the river near their home, which had been dragged several times. Two quarries had also been drained, without success. Several months later the children’s bodies were found – in the river. 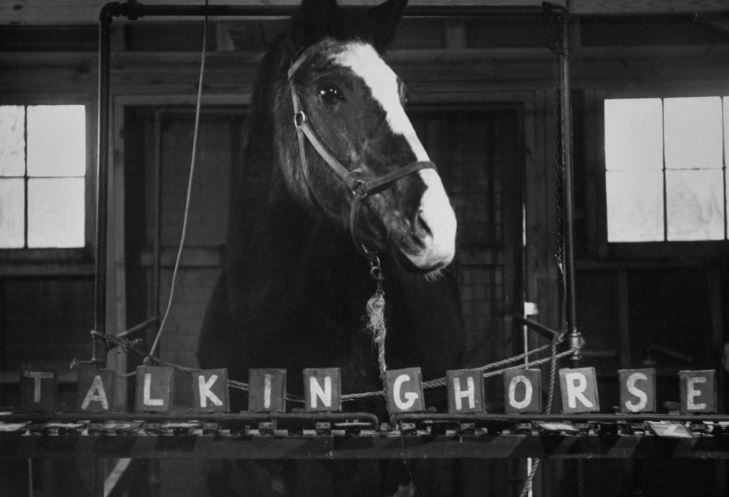 It’s been documented that she foresaw the involvement of the USA and Russia in WW II, Franklin Roosevelt winning his third election and names of the champions in heavyweight boxing and other sporting events.

Her only major wrong prediction was when she said Thomas Dewey would win the election of 1948; however, the Chicago Tribune had printed an early edition of that stated Dewey the winner. She was asked about this error, replied, “Funny, he too sure!”

It appeared that Lady Wonder had a sense of humor. She told Associate Press reporter Paul Duke his name, birthplace and the amount of his salary with 100% accuracy.

In a December 1956 feature story, Duke wrote about the man who asked Lady Wonder if his wife was faithful. The mare whinnied, then she asked him if he was.

Unfortunately, Lady Wonder died on March 19, 1957, from a heart attack, which ended her illustrious career. Her grave is in Michael’s Road Pet Cemetery.

Wish On These Different Colored Candles: The Meaning Behind The Colors