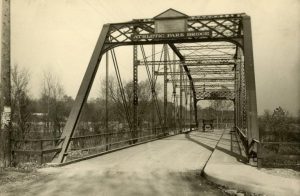 One of the most prevalent ghost stories in Ohio is that of the haunted bridge. Nearly every county in the state has at least one legendary bridge where teens go to party that, coincidentally, also harbors a specter or two.

While hormone-addled youth may be tempted to use stories of phantoms and crazed killers as a path to snuggling and smooching, a more seasoned soul will note that it is romance and it’s by-products that have given these structures their spooky reputations in the first place.

One case in point is the Ridge Avenue Bridge in Dayton.

The story begins in the late spring of 1896 when a bright 23 year old adoptee by the name of Bessie Little first lays eyes on the new boy in town, Albert J. Frantz. Almost immediately the two hit it off.

Actually, on July 17th of 1896 Bessie’s mother walked out to the stables of her house and caught Bessie and Albert “in a compromising situation”.

Furious, she demanded that the two get married at once, but Albert informed her that his father would never allow a wealthy young man with a promising future such as he to get hitched to a poor girl that was three years his senior. 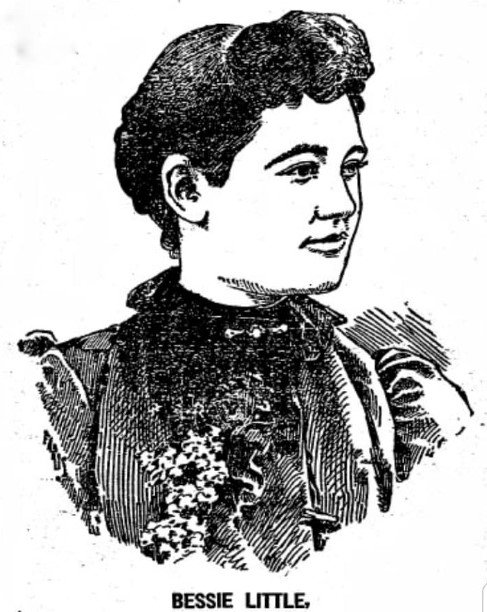 After this embarrassing situation, Albert was forbidden to continue his romance with Bessie.

Although Albert was “forbidden to see Bessie anymore,” he was soon caught sneaking out of Bessie’s bedroom. Bessie’s parents give her an ultimatum and she left home, moving into a hotel.

When Albert couldn’t afford to pay for the hotel on his $5 a week salary, Bessie moved into a room at a boarding house on South Jefferson Street.

Finally able to express their love freely, Bessie would rendezvous with Albert all over Dayton. All that bumping and grinding wasn’t without its consequences, though, and Bessie eventually became pregnant.

“Perhaps now Albert’s father will consent to our union” thought Bessie. When Albert asked her to meet him at Boulevard Park just a couple of weeks later, Bessie must’ve been elated, assuming Albert was about to ask for her hand in marriage.

On Aug. 27, Bessie left the boarding house hastily at 6:10 p.m., claiming that she should have been gone at 6. The land lady, a Mrs. Freese, later said Bessie “had been in the best of spirits, saying that she was going to Boulevard Park, near Fifth Street, to meet her lover, Albert.” 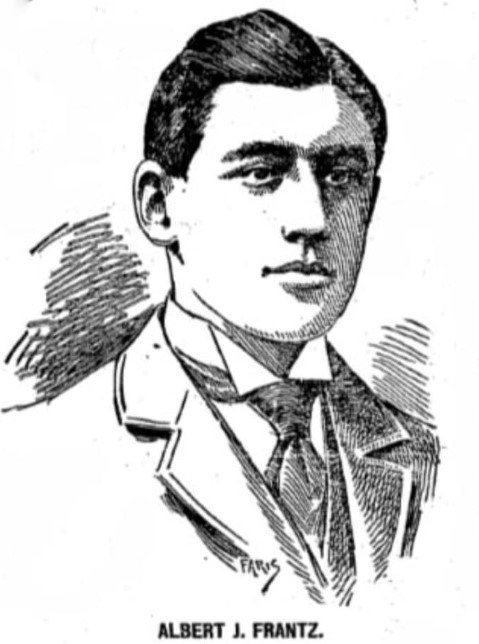 The next day, Albert showed up at the boarding house and asked for Bessie. He claimed not to have seen her for days. Albert told the landlady not to contact police since Bessie had told him she was considering going home to see her parents.

The next time someone saw Bessie Little was on September 2nd. It was a stifling hot day and E.L. Harper Jr. decided that he’d cool off by taking a dip in the Stillwater River.

Just as he began to submerge himself he noticed a woman’s shoe that appeared to be hanging on a stick nearby. Upon closer inspection it turned out that the “stick” was actually the decomposing leg of Bessie Little.

An investigation quickly led to Albert, who initially claimed that Bessie suddenly produced a gun and shot herself as they were crossing the bridge and that he had tossed the corpse into the water out of fear and confusion.

This story quickly fell apart as it would be impossible for someone to give themselves two fatal shots to the head and it was soon discovered that had feared fathering a child would be a breach of promise and cause him to miss out on $1700 he was set to receive from his mother’s estate later that year.

Albert was found guilty of murdering his pregnant girlfriend on December 29th, 1896.

On November 19th, 1897 Albert was electrocuted in Columbus at the Ohio Penitentiary. 500 people had to be turned away due to overcrowding in the execution chamber and the room was said to be filled with singing and laughter.

It was described as a real party atmosphere up until the execution commenced and the buzzing of the current along with the smell of singed hair filled the room.

The executioner had to administer the current 5 times before Albert was pronounced dead, with his tortured groans clearly heard by everyone present between each flip of the switch.

Since she was disowned by her family, Bessie was initially buried in a Potter’s Field. Then she was disinterred for completion of the ongoing investigation – at which point her head was severed and preserved in a jar to save time in the event she would need to be dug up again. Eventually, her headless body was buried in Woodlawn Cemetery.

The Ridge Avenue Bridge in Dayton has been reputedly haunted by the ghost of Bessie Little ever since her murder and betrayal.

Most often she is seen gliding across structure, only to vanish before startled onlookers eyes. In addition, some have claimed to hear her screams – with Bessie’s poor spirit forever caught in that terrible moment when she watched the look on face of the man that she believed loved her transform from affectionate to murderous.