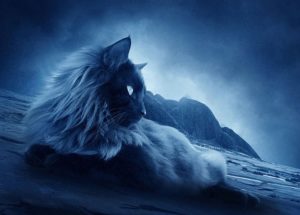 What makes humans different from animals? According to science, there’s only 1% of genetic difference between a person and a rat, and yet, some believe that only humans are made in God’s own image.

The Soul of the Animals According to Eastern Cultures

In some eastern traditions, animals are believed to be sacred creatures. They have a special place in the afterlife and reborn many times in order to evolve and develop their faculties, just like a human being.

According to Mahayana Buddhism, animals must be treated with compassion and love and must never be killed, injured or enslaved.

It is considered cruel to use an animal for selfish purposes and although Buddhist believe there’s an hierarchy in nature in which animals are inferior than humans, this does not mean that humans can use animals as they please, but rather, that humans are responsible for the animals’ welfare in many aspects.

The Principles of Vegetarianism According to Buddhism

Buddhist belief holds that if a man harms an animal, he generates a bad karma as he failed to care for it, which is his responsibility, and, will probably have to repair this mistake in other incarnations.

So, for Buddhists that follow the Mahayana path, not killing or eating animals is a requirement to reach enlightenment, or the end of karma, as they believe that for as long as they kill animals to eat, they will be generating a bad karma and will need to reborn many times to repair the mistake.

Although some branches of Buddhism allow some kinds of meat and others allow it only if the animal was already dead, all of them share the concept that harming living beings unnecessarily will postpone enlightenment and prove one’s irresponsibility towards nature. This vision is also valid for plants and even minerals.

The Reincarnation of Animals

Hindus believe that animals, like humans, incarnate many times in order to evolve. Animals start their evolutionary journey as animals that do not have any free choice, individuality or self-consciousness. They belong to a collective soul and are a part of nature, evolving automatically along with the planet, developing the instincts.

As they evolve and their soul acquires other faculties, they start to incarnate as animals that have a little more self-consciousness, even if it is little when compared to humans.

Some kinds of animals recognize human emotions, develop a sense of fellowship and are able to feel happy or sad, like dogs that get euphoric when their owners come home from work or monkeys that fall into depression when their babies die.

Theoretically, these kinds of animals are closer to humans in the evolutive hierarchy and Hindus believe that this is explained by the number of incarnation cycles that those animals hava gone through.

It is believed that animals eventually incarnate as humans, when they have reached the peak of their capacity as animals.

What Happens to Animals After They Die?

According to eastern tradition, since animals do not have free will, individuality and self-consciousness until they reach the final cycles of the animal incarnations, they are not responsible for their choices.

So, they are granted a place in an “animal heaven” until a new incarnation is needed. They count on special beings that care for them in the afterlife and help them reborn in a context that will help them evolve.

So, for eastern traditions, animals are also made in God’s own image as they have the divine potential inside of them awaiting for the opportunity to be developed.

One must take care of an animal as if he were taking care of a baby that one day will grow up and become independent.