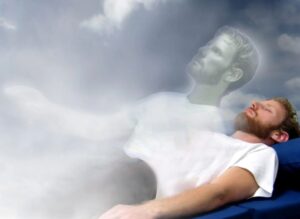 For millennia, philosophers and scientists have researched and put theories proving whether a person’s soul is immortal or whether it dies when the body ceases to function. Scientists from various fields are trying to understand the mysterious nature of the soul.

Some scientists believe that the brain is like a computer, and the human mind is like software, which is activated by a bioquantum computer brain. It turns out that the soul does not die, but continues to exist in this Universe after death.

Researchers are now approaching an understanding of the nature of consciousness and soul. It is believed that quantum oscillations are present in the microtubules of brain neurons. This discovery supports all controversial theories about consciousness, and it is fair to say that souls do not die.

In 1996, two renowned scientists, Roger Penrose, who was a mathematical physicist at Oxford University, and Stuart Hameroff, a renowned anesthesiologist, worked on the quantum theory of consciousness. They concluded that quantum oscillations in microtubules are driven by synaptic input. At the same time, memory in it is preserved due to objective contraction.

Microtubules are the main components of the structural skeleton of the cell. Hence, this theory indicates that the soul is real and is present within the microtubules. Consciousness is the result of the quantum gravitational effect that occurs in microtubules.

Both researchers believe that the human brain is actually a “biological computer” and that “human consciousness” is a program controlled by a quantum computer inside the brain, which continues to exist even after we “die.”

Dr. Hameroff, who discusses the existence of the soul, argued that when the heart stops beating, all microtubules lose their quantum state. However, the quantum information inside it will not be destroyed, but simply scattered in the Universe. It is possible that the soul goes into a parallel universe.

If a person was resuscitated, then the information instantly returns back to the microtubules. Some people said they had near-death experiences. This is for this reason. But if they cannot be revived, then the person dies, and the information continues to exist outside the body in the form of a soul.

The theory of scientists indicates that the human soul is more than a simple interaction of neurons in our brain, and it could have existed since the beginning of time. And it is possible that it is present at some other level of reality or in a completely different universe.