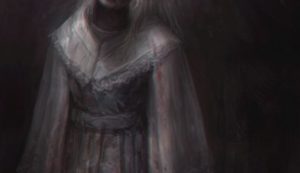 This urban legend is centered around a general store in a small town Clarkfield.

Two young men who ran the store, had the monotony of their daily chores interrupted one day by a young woman who, dressed all in grey, entered the store, without acknowledging them at all, picked up a glass container of milk from the dairy case, and then promptly walked out the door.

The two men, frozen to the spot for a few moments by the sheer audacity of the woman, collected themselves and ran out of the door after her, but she was already gone. Two days later, the exact same thing happened again.

The third time, the men were prepared. When she entered the store, they watched as she picked up the container of milk and again walked out the door.

This time they raced after her, chased her down the street, and finally down a dirt path at the edge of town where they lost sight of her.

However, upon further exploration, the two men discovered an old cemetery where they could hear a baby’s cry coming from the ground in front of a gravestone and a fresh grave site of a mother and infant who were recently buried together.

The men found shovels and quickly unburied the coffin, the crying becoming more clear as they dug. Finally, opening the coffin, they discovered the same small woman in grey they had spotted in the store, only here she was dead.

In her arms were a live, crying infant and three empty containers of milk. The child was inadvertently buried alive, and the spirit of the mother had kept the baby alive for several days until she was found.