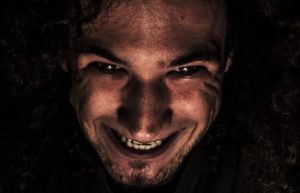 Although the principal events in this drama occurred outside the Calderdale region, one of the main players had previously been something of a fixture in the area, namely Father Peter Vincent who was vicar at the Church of Saint John the Divine in Rastrick between 1963 and 1971.

The case and his involvement in it consequently generated a lot of discussion in the local press at the time, and hence it seems worth recounting here.

By 1974, Vincent was the parish priest at the Church of Saint Thomas in Gawber, South Yorkshire and known to be an expert in the art euphemistically described as “deliverance” but more commonly known as exorcism.

Thus, he was called in by the Christian Fellowship Group of Osset when one of their members, Michael Taylor, felt he was possessed following an attack he carried out on his wife Christine and an encounter with the devil himself.

Taylor lived in Ossett, West Yorkshire, working as a butcher. In 1974, Taylor’s wife, Christine, stated to a Christian Fellowship Group to which Taylor belonged, that his relationship with the lay leader of the group, Marie Robinson, was “carnal” in nature.

Michael Taylor admitted that he felt evil within him and eventually attacked Robinson verbally, who screamed back at him. During the next meeting, Michael Taylor received an absolution, but nevertheless, his behaviour continued to become more erratic.

As a result, the local vicar called in other ministers experienced in deliverance in preparation to cast out the demons residing within the man. 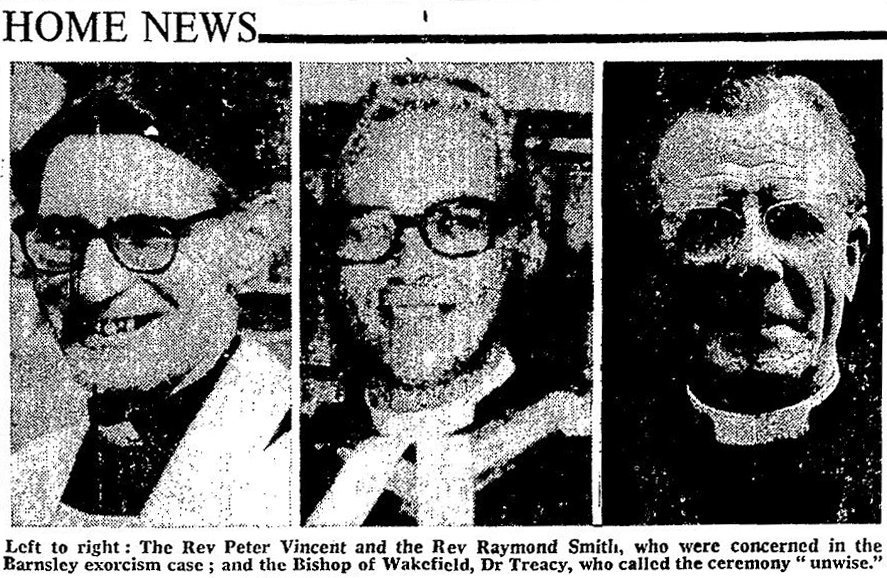 The exorcism, which occurred on 5–6 October 1974 at St. Thomas’s Church in Gawber, was headed by Father Peter Vincent, the Anglican priest of St. Thomas’s, and was aided by a Methodist clergyman, the Rev. Raymond Smith.

According to Bill Ellis, an authority on folklore and the occult in contemporary culture, the exorcists believed that they had: “In an all-night ceremony…invoked and cast out at least forty demons, including those of incest, bestiality, blasphemy, and lewdness. At the end, exhausted, they allowed Taylor to go home, although they felt that at least three demons—insanity, murder, and violence—were still left in him.”

Returning to his home in the early hours of the morning and clearly still in a profoundly disturbed state of mind, Taylor proceeded to murder his wife Christine and mutilate her body by reportedly removing her eyes and tongue, practically tearing her face off the skull with his bare hands.

He went on to kill the family’s pet poodle and was subsequently found by the police wandering the streets naked and slick with blood, claiming to have no memory of events. 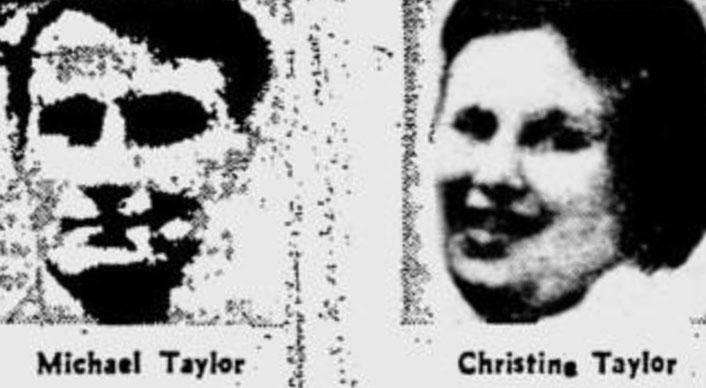 Taylor was found to be suffering from schizophrenia and an inquest declared him criminally insane, confining him to an asylum from which he was released only three years later.

Inevitably, the incident sparked a huge controversy concerning the role of exorcism in modern society. In the Church of England, deliverance cases must now first be referred to a panel including a medical psychiatrist, and the Taylor exorcism remains the last acknowledged instance in an Anglican church.

In April 1975 following the conclusion of the inquest, the Brighouse Echo reports that Vincent successor at St. John’s Church, Rev. Ian Walker had performed an exorcism in the Brighouse district on at least one occasion, whilst it seems inevitable that Vincent himself carried out such rites in the area during in his term, considering his reputation as an expert in those matters.

However, following the Taylor incident, all exorcism in the Wakefield diocese was banned by the bishop.