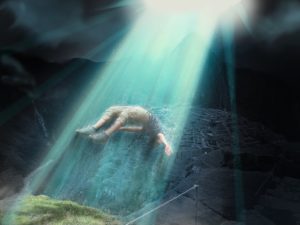 There is a High Strangeness to this whole abduction phenomena which is hard to explain. Many abductions are not that obvious and can only be retraced through hypnosis, as the aliens seem to have an ability to mind-control their victim, erase memory, manipulate space and time, as well as implant certain thoughts, emotions (everything from bliss to indifference) and even false memories of what really went on in an abduction (screen memory) with a hyperspace-technology that makes our technology look like the Stone Age.

Some abductions have been reported fully conscious without hypnosis and there seem to be many similarities between the stories of thousands of reported abduction cases world-wide (this is NOT just an US phenomena), independently, showing a rather disturbing picture.

David M. Jacobs, Ph.D. has been doing research in the UFO/Abduction field for over 40 years, published several books and has worked with thousands of abductees, mostly using Hypnosis techniques to reveal these experiences.

“My research is based on more than 42 years of UFO research. In addition, since 1986 I have conducted over 1,000 hypnotic regressions with abductees.

I have tried to be as objective and as “agenda free” as possible. I have no New Age, spiritual, religious, transformational, or transcendent program to promote. I try to stay as close to the evidence as I can.

However, there is no possibility that I have avoided error. The majority of evidence for the alien abduction phenomenon is from human memory derived from hypnosis… It is difficult to imagine a weaker form of evidence. But it is evidence and we have a great deal of it.” 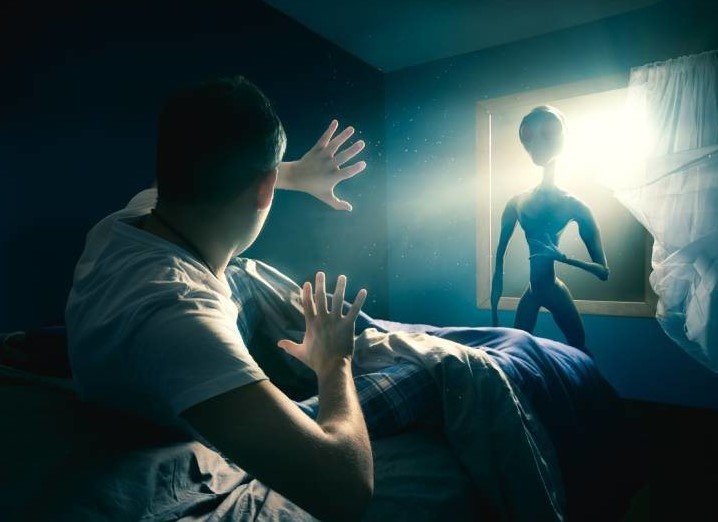 Admitting to the difficulty of researching the abduction phenomena (There is no film/picture “in-action” evidence), Jacobs, however, rules out the idea that abductions are just a psychological/imaginary issue.

Too many accounts from too many unrelated people tell the same (developing) stories over and over which just don’t fit into any psychological frame. So, how does a typical abduction look like?

Jacobs describes it in a nutshell:

“Abductions are complex series of events and procedures directed by the abductors to passive or controlled abductees. In a typical or common abductions, humans are taken out of their normal environment by aliens.

The people are rendered passive and cannot resist. They are taken aboard a UFO, their clothes are removed and they are made to lie on a table. A series of physical, mental, and productive procedures are then administered to the subjects. People’s physical bodies are probed and examined. Sperm is taken, eggs are harvested.

The aliens perform staring procedures during which they gaze into abductees’ eyes at a distance of only an inch or two. These “mindscan” procedures appear to be neurological manipulations which give the aliens the ability to “enter into” peoples’ minds.

After the table procedures, abductees report that they are sometimes taken into other rooms where they are required to have skin on skin contact with unusual looking babies. Abductees say that these babies seem to be crosses between humans and aliens. They call them “hybrids.” Abductees also see hybrid toddlers, older youth, adolescents, and adults.

Sometimes abductees report that they are required to perform tasks, that they are “tested” in some way. They say that machines are brought in to examine them. They sometimes are required to have a form of sexual intercourse with other humans, and sometimes with adolescent and adult hybrids. They are returned to their normal environment and within seconds, they forget what has just happened to them. ”

The individual abductee accounts are far more detailed, not all are UFO related, some have to do with Underground bases.

Dr. Jacobs says that after all these years of research and putting the pieces together, he can see a picture emerging. It looks like there is a program in the works with a certain goal and that producing offspring may be one of the objectives behind the abduction phenomenon for the purpose of creating a Hybrid Race.

Some skeptics blame Jacobs for inducing his own “belief system” through Hypnotherapy into his clients and therefore creating “false” abduction accounts.

However, this doesn’t hold up with the evidence Jacobs and other researchers have come up with, much of it even without the use of any Hypnotherapy. It only shows that skeptics haven’t really looked into the research and are more trying to validate their own belief system, rather than objectively looking for truth.

In regards to the typical Debunking of the Abduction phenomena, be it through the Scientific or “Spiritual” Community, Jacobs writes:

“In my forty years of UFO research, the last twenty of which spent studying the abduction phenomenon, I have learned a simple evidence truism: All debunkers make one or more of three fundamental mistakes: They do not know the evidence, they ignore the evidence, or they distort the evidence.

Any one of these errors would be catastrophic and perhaps even scientifically dishonest when writing about something of accepted scientific consequence. Leaving in mistakes is tantamount to ignoring or to distorting the evidence.

Unfortunately, when it comes to abductions, all debunkers comply with the evidence truism. There are no exceptions.”