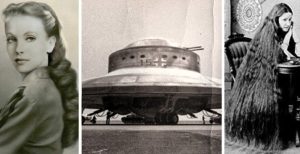 The Vril Society is an alleged secret society many believe gave birth to the Nazi Party. The World War II era was a time when many mysteries were created, when no one was really sure whether or not the rumors that they heard were true.

Named after a popular 19th century novel by the name of Vril, the Power of the Coming Race. The book was widely appreciated throughout the English speaking world, and talked about an antediluvian race that had access to a highly advanced energy source called Vril.

The Vril-ya, the race who lived underground, supposedly had telepathic powers, highly advanced technology, and were able to do incredible amounts of damage simply by using a Vril wand. The superior, ancient race that had control of Vril will run out of habitable spaces underground, and that they would move up to the surface world.

Since many people at the time believed in the possibility of an antediluvian race, there were people who accepted The Coming Race as fact instead of fiction. It was the hyper-popularity of this 1870’s book that propelled the idea of the Vril Society into the realm of potential reality.

Much of the Vril Society’s work was supposed to have happened before World War II, with the Society’s activity tapering off once Hitler had lost the war. Originally connected to secret societies such as the Thule Society and other similar societies tied to Nazi occultism, the Vril Society quickly became the stuff of legend among those who heard the rumors of the super technology associated with this mysterious sect.

One of the most bizarre issues about the Vril Society was how little was written about it during what would have been their most active years. Much of the written accounts of the rumors of the Vril Society were first found in a book by Louis Pawels and Jacques Bergier in 1967.

A large portion of the book spoke about the Vril Society’s doings, including their involvement in legendary Nazi inventions, their communications with aliens, occult dealings, and aiding Hitler and his highest ranking soldiers escape to the South Pole.

Unfortunately for those who were curious to find out the truth about some of the more “out there” Nazi rumors, neither Pawels nor Bergier actually said whether or not the book’s section was fictional, fact, or just sheer speculation.

Prior to the 1967 book, the only mention of anything close to the Vril Society was in a 1947 article by a German defector who spoke of a society that “searched for Vril” in Berlin. The 1990’s saw yet another wave of Vril-focused books being published by conspiracy theorists.

According to those who have researched the Vril Society at length, this secret society was initially established as the All German Society For Metaphysics, headed by a medium by the name of Maria Orsic and another medium who only went by the name of Sigrun. 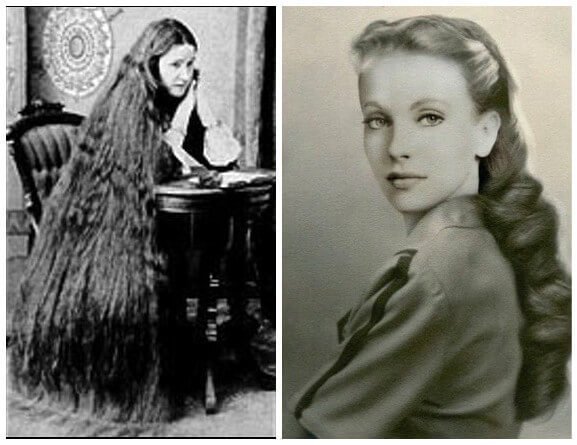 These two mediums had gotten into contact with the Aryan aliens, and were given the goal of spaceflight to reach the Aryan home planet of Aldebaran. Many of the original members were also active in the Thule Society, which was known to be an occult movement around the turn of the century. In some circles, the names were used interchangeably.

Unlike many secret societies, people who have heard about the actions of the Vril Society were quick to admit that the group’s highly-focused programs went into effect faster than anyone could have imagined. Officially, the Vril Society was first really founded in 1921.

By the end of 1922, the Vril Society had supposedly created their first flying disc, also known as the “Other World Flight Machine” that was meant to be a test for interplanetary flight. The pace of technology creation, invention, and communication with high-ranking Nazi personnel was shocking to everyone who had heard of them.

Much of the heavy communication with government officials in Germany was facilitated by the fact that the society’s members were often high ranking officials. As many people who have heard of the Vril Society may know, Adolf Hitler was one of the supposed members of the sect. It should come as no surprise that two of the other members of Vril received government money for their flying saucer work, and that yet another member designed the Nazi flag was associated with both the Thule and Vril societies.

By the early 1940’s, people had begun to suspect Hitler’s involvement in secret societies practicing the occult. In order to save face and to avoid such allegations, Adolf Hitler had to take steps to dismantle secret societies in Germany.

In 1941, Hitler made a strict change of law by banning all secret societies. The members of the Vril Society were quickly joined into the Nazi E-IV Unit. During the 1940’s, the Vril Society was credited with the construction of multiple flying discs, and working in conjunction with the Nazi’s Occult Unit. Other units were developed in order to cover up sightings of the alien replica craft reported by soldiers, civilians, and people who lived in other countries.

1945 marked the year when the Vril Magic Eye was developed. The Magic Eye was supposedly a highly accurate Nazi reconnaissance and espionage device that had a probe that could appear and disappear at will, as well as arc through dimensions spy at any location at any time.

Engel supposedly used similar technology to arm unmanned aircraft with cameras. None of the unmanned vehicles that were made were noticed by Allied forces, and none were shot down. No evidence of such craft were ever found.

After the war and the defeat of the Nazi regime, the Vril Society supposedly escaped to Antarctica, where they remain to this day.

Nowadays, the only actual news or hearings of the Vril Society comes from the exiled government of Sealand, which currently promotes Vril free energy and Vril disc aircraft. This supports the allegations that the head of Sealand is in contact with modern day Neonazis. No one knows for sure whether or not the Vril Society ever really existed, but the fact is that the legends alone have made a huge impact on the way people viewed 1940’s occultism in Germany.