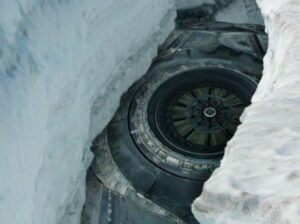 Jan Harzan, executive director of the Mutual UFO Network (MUFON), says UFOs HAVE been recovered and ARE being stored, just not at Area 51. Well, not exactly.

Mr Harzan claims there is a secret underground facility built into the base of the Papoose Mountains, in Lincoln County, Nevada, where recovered alien space crafts and extra terrestrial beings are kept hidden away.

Ever since the legendary Roswell UFO crash of July 1947 alien conspiracy theorists have claimed the remains of a flying saucer, and even dead aliens, were secretly taken into storage — something the US Government denies. 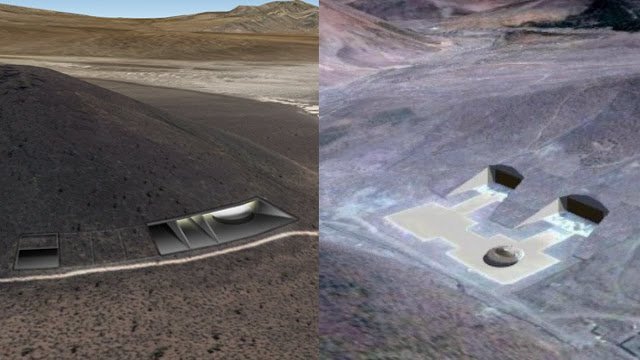 Roswell has been at the heart of the UFO scene since July 1947 when the military sensationally announced in a press release it had found the remains of a crashed flying saucer in the desert nearby.

But the following day it retracted the statement, saying it was in fact a damaged US Air Force air balloon.

Witnesses later came forward to say there had been alien bodies within the “crashed craft”, which along with the wreckage were then taken away. There has been speculation the remains were taken to Area 51 in the Nevada desert, or the Wright Patterson Airforce base near Dayton, Ohio.

US-based MUFON is the world’s biggest organisation dedicated to UFO and alien research and keeps a global database holding tens of thousands of reported sightings and tip offs. 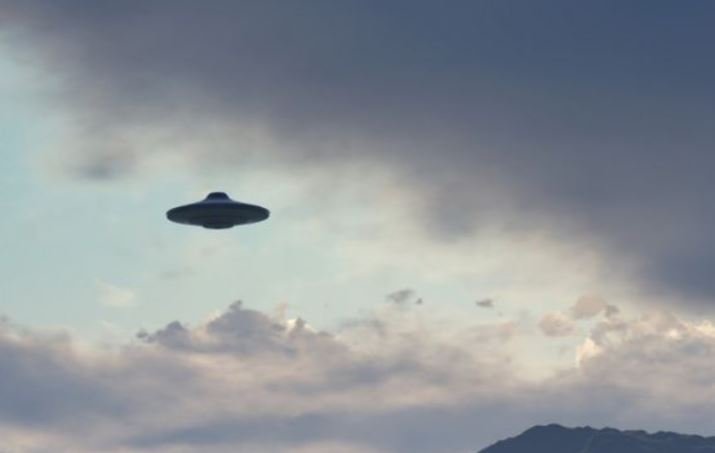 He said: “Area 51 is a top-secret airbase for the CIA and military to test super-secret aircraft years ahead of what the general public is aware of.

“As best we know, there are no UFOs or aliens at Area 51.

“There is, however, an area just to the south and on the same Tonopah Test Range called S4.

“Based on insider information, this is where work on extraterrestrial recovered craft takes place.

Conspiracy theorists believed remains of UFO spacecrafts were stored at Area 51, and that government scientists were researching the remains to engineer the aliens technology.

Mr Harzan believes many other conspiracy theorists that the US Government uses alien technology to create new craft of its own.

He said up to 10 per cent of UFO sightings reported to MUFON could be secret human technology being tested.

He added: “I am certain that at least five to 10 per cent, maybe more, of what is being reported to us could, in fact, be top-secret US aircraft built for the CIA and/or military.

“There appears to be telltale signs of what is ours and what is theirs (ET).

“Our craft are very angular looking, with external plumbing, seams and protrusions on the body of the craft.

“Those of extraterrestrial origin are very smooth and integrated with no seams or rivets showing, and no protrusions.

“At least that’s our hypothesis based on what we are seeing.”

He is also convinced that by now the US authorities would have been able to recreate a recovered UFO.

He said: “Based on the research I have done, and the people I have talked to, including first-hand witnesses, absolutely yes.

“It would be one of the highest priorities of the military and intelligence community to get their hands on a flying saucer of extraterrestrial origin.

“There are others who have come forward to share their stories, although as one might imagine our intelligence community does its best to attempt to discredit them.”

What If Aliens Coexisted on Our Planet Alongside Humans?