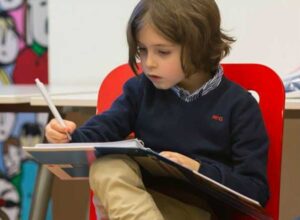 Laurent Simons is just an incredible boy. This child prodigy from the small town of Ostend, which is located in Belgium, became the owner of a bachelor’s degree in physics at just 11 years old. The document was issued by the University of Antwerp, reports De Telegraaf.

It took the little prodigy only one year to get his bachelor’s degree. Before that, the boy graduated from high school and fully studied the entire school curriculum in a year and a half. The certificate was issued to him when Simons was 8 years old.

In an interview, Laurent said that he doesn’t care how much younger he is than the rest. He wants to gain new knowledge and successfully implements his plans.

For example, he began to study classical mechanics, then quantum physics and he developed an interest in this. The boy, he said, put off all his other affairs in order to find out as much as possible about what interested him.

At the moment, Simons plans to continue his studies at the University of Antwerp in order to obtain a master’s degree in physics as soon as possible. In addition, he will devote a lot of time to his personal doctoral dissertation, which the child prodigy wants to complete as quickly as possible.

Also in his interview, Laurent noted that he strives for immortality. He wants to be able to mechanize different parts of his body in order to become stronger, more resilient and live much longer than others.

At the same time, the little Belgian added that quantum physics is only the first stage of his long journey and he is not going to stop there.