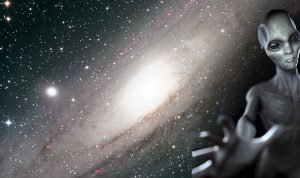 Astrophysicist Sasha Quanz, an astrophysicist at Switzerland’s federal technology institute ETH Zurich, said that new technological projects are being created that will answer the question of whether we are alone in the universe.

Researchers have been looking for extraterrestrial civilizations and studying outer space for decades. But the question of whether we are alone in the universe or whether life exists somewhere else remains open.

Astrophysicist Sasha Quanz believes that humanity will find representatives of other planets, and this will happen soon, reports space.com.

According to the scientist, new technological projects are now being created in the world that can enhance the search for extraterrestrial life in our galaxy. And with their help, humanity will discover aliens over the next 25 years.

He noted that at the moment, astronomers have discovered more than 5 thousand planets like Earth outside the solar system.

“In 1995, my colleague [and Noble Prize laureate] Didier Queloz discovered the first planet outside our solar system,” Quanz said during the briefing. “Today, more than 5,000 exoplanets are known and we are discovering them on a daily basis.”

There are many more exoplanets waiting to be discovered given that astronomers believe that each of the more than 100 billion stars in the Milky Way galaxy has at least one companion planet.

That makes for an enormous number of exoplanets, many of which, Quanz added, are just like Earth and at the right distance from their host stars to enable conditions for life, such as the presence of liquid water.

Quantz added that while ambitious, the 25 year timeframe he set himself for finding life outside the solar system is not “unrealistic.”

“There’s no guarantee for success. But we’re going to learn other things on the way,” he said.