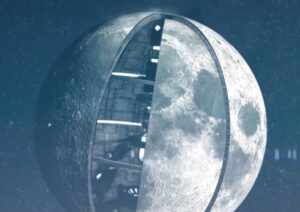 If a catastrophe of a planetary scale happens on Earth, then the Noah’s Ark, which humanity needs to create on the Moon, will help preserve biological diversity. So, according to the Daily Star portal, Professor Jackan Thangi believes.

But if the Earth is threatened by a really serious catastrophe – for example, the fall of an asteroid or the eruption of a supervolcano, then the underground storage may not survive.

What to do? Professor Jackan Thangi is sure that it is necessary to create a kind of “Noah’s Ark” on the Moon, which will guarantee the safety of biomaterials even in the event of the complete destruction of life on Earth.

“A nuclear war, a global pandemic, an asteroid catastrophe or the awakening of a supervolcano – there are many scenarios of global catastrophes. In order to protect biological diversity, we need to take care of the safety of biomaterial in advance. The moon can be a great place to create an analogue of Noah’s Ark,” the scientists say .

Thangi and his colleagues have already developed a project for a repository of biological materials on the Moon.

If the samples are cooled to minus 180-200 degrees Celsius, then they can be stored for thousands and thousands of years to give rise to a new life if necessary.