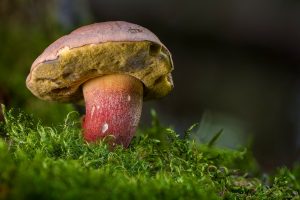 Andrew Adamacki, professor of computer science at the University of the West of England (UWE) in Bristol, published a study in the Royal Society Open Science that he found that fungi “communicate” with each other in a peculiar language.

This communication takes place with the help of electrical signals.

“In our work on decoding the language of mushrooms, we first looked at whether different types of mushrooms exhibit similar characteristics of electrical activity. And then we characterized the proposed mushroom language by word length and sentence complexity,” says Adamacki.

Moreover, according to Adamacki, the electrical signals of these mushrooms are similar to those observed in creatures with a central nervous system (animals and humans).

In the study, Adamacki details how he and his team inserted electrodes into the ground around four types of fungus: honey agaric, chaffwort, cordyceps sinensis, and omphalotus. The electrodes were stuck into bundles of fungal mycelium (mycelium), consisting of thin branched filaments – hyphae.

They found that these mushroom “roots” seem to “communicate” with each other.

Adamacki says that the most “talkative” species of fungus (of the ones they studied) was Schizophyllum commune, based on the amount of signals it generated. The scientist noted that mushroom electrobursts were not random, and therefore he was able to identify groups of similar signals into “words” and then groups of words into “sentences.”

And by comparing fungal words with human language, he found that their average word length was similar to the length of words in English and Russian. In an interview with The Guardian, Adamacki said he believes that mushrooms use their “language” in a similar way to how wolves use their howls to organize in a pack.

For example, some mushroom words can direct mycelial filaments to nutrients or warn them of danger. Can mushrooms determine if there is a danger near them in the form of a person picking mushrooms or a pig looking for truffles? Adamacki admits that he cannot answer this question yet, because much more research with mushrooms is needed for this.

“The face of reptiloid” appeared over the city during a thunderstorm