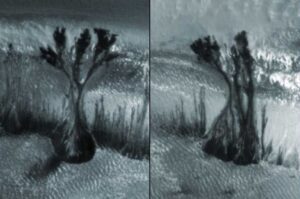 For two decades now, NASA devices have been sending to Earth not only standard images of the Martian surface, but also photographs with anomalous objects. Including those that are very similar to shrubs or trees.

For over 20 years, scientists has been receiving photographs of strange objects that are extremely similar to bushes or trees with lush crowns. So far, no one can say with certainty what it is.

“Now I am convinced that Mars is home to a race of crazy gardeners,” said the famous science fiction writer Arthur Clarke in 2001, when he saw the first unusual picture of “Martian trees”. 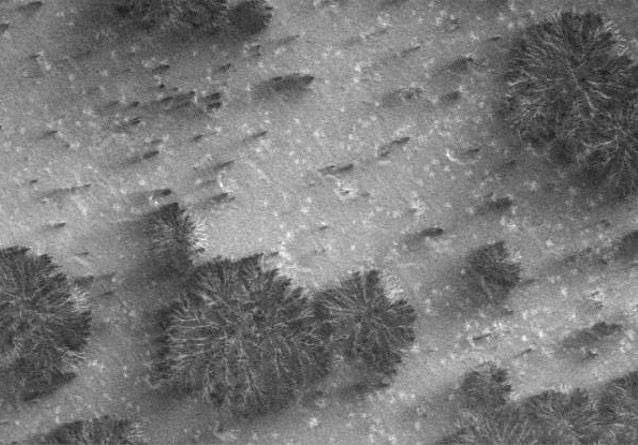 In his opinion, this was very good proof that there is life on Mars. And where there are plants, most likely there will be insects and animals, and maybe even intelligent life, Clarke continued his reasoning.

Arthur Clarke dreamed of space from a very young age and this hobby lasted all his life. The most famous of his space stories are the story “The Guardian”, according to which Kubrick directed the movie “A Space Odyssey 2001” and the novel “The End of Childhood”.

He really believed that in the depths of space there exist intelligent civilizations unknown to us so far. 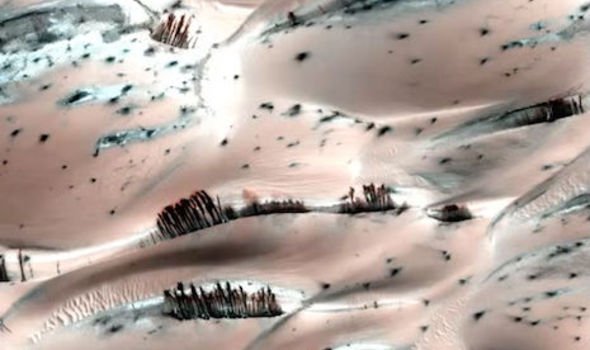 The very photo that so delighted Arthur Clarke was taken by the Mars Global Surveyor, launched by NASA in November 1996. Since 1999, this device began to send high-resolution images of the Martian surface taken from Mars orbit to Earth.

Among these pictures came across a lot of very unusual, which turned out to be impossible to pinpoint. There was a photo of strange objects that most of all resembled a top view of trees with wide lush crowns. This image became known as the “Martian banyan trees” and is still under active controversy today.

Someone thinks that it is actually a “colony” of crystals or minerals. Others see this as similar to the overgrown bacteria in a Petri dish and believe that these are colonies of Martian primitive living organisms, possibly lichens. Still others are sure that “banyan trees” are just lava frozen on the surface. 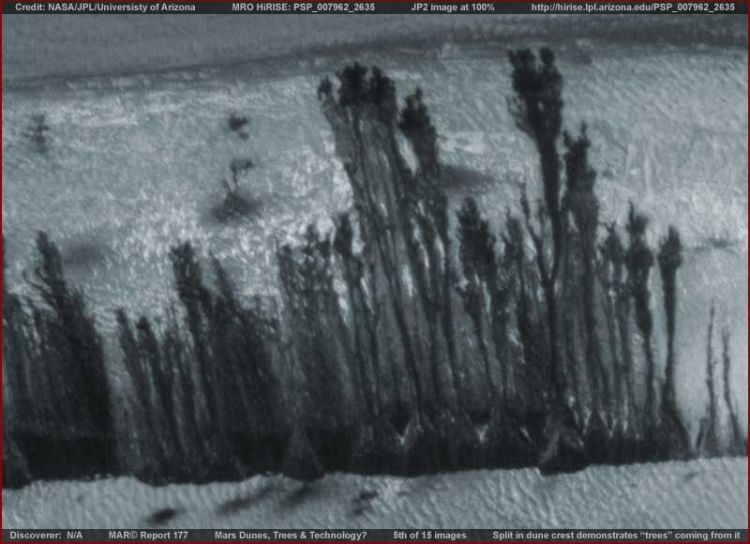 “To date, there is no conclusive evidence of any type of Martian biology, past or present, plant or otherwise. In the Martian spring, the sun heats up the ice, causing it to sublimate directly into steam, and the resulting gas displaces the surrounding dust and sand particles. what is happening is that dark sand slides over the bright frozen part of the dune”, once said Candy Hansen, who took part in the development of the Mars Reconnaissance Orbiter program.

However, in subsequent years, photographs continue to come from Mars with objects that are completely different from rocky landscapes, but similar to trees or shrubs. 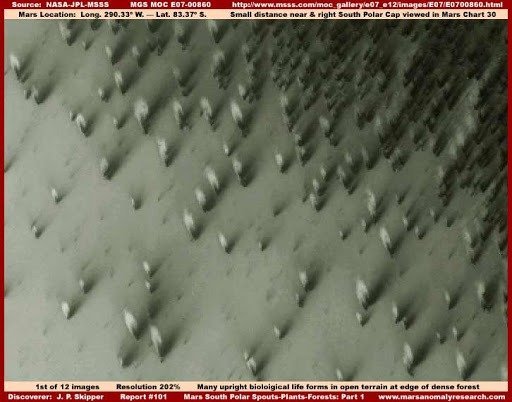 In 2016, photographs of strange black “bushes” growing among empty Martian sand dunes went around the world. According to NASA, these objects are nothing more than traces of dark sand, which just because of their perspective look like plants. 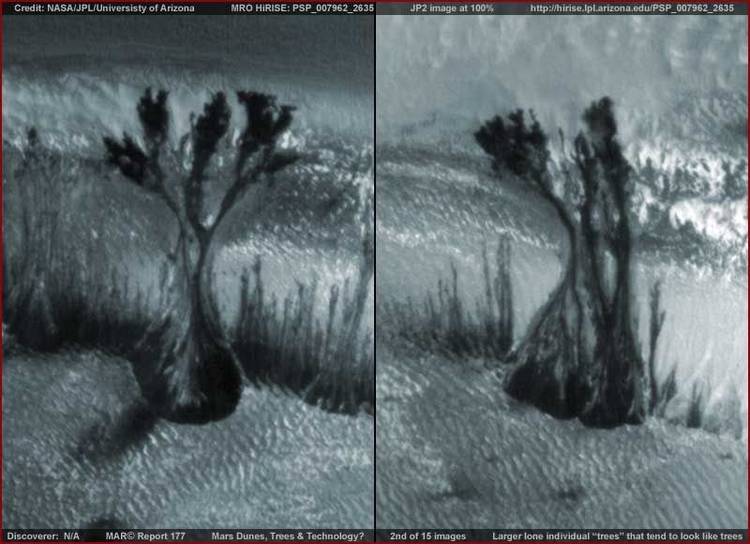 But besides these, there are other images, and it is clearly visible there that this “perspective” has a shadow falling on the surface. That is, these “trees” are really something standing upright, and not a “footprint in the sand”.

Is someone hiding something from us? If so, why and what is the purpose?

Microbes May Have Bring Life On Earth – But Where Did They Come From?