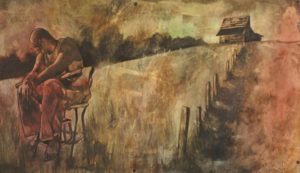 One of the most notorious murders to have taken place in the whole of Britain, this is the case of the murder of Maria Marten, who was brutally shot dead by her fiance on the night they were about to escape from the clenches of their families to start a new life.

The murder, in itself, had nothing to do with the supernatural, what was paranormal was its detection, when the ghost of Maria Marten returned in the dreams of her stepmother pointing at her grave. The murderer was caught, hanged and his skull decollated. But the anomalies didn’t end, as the ghost of the cold-blooded killer continued to haunt his dissected skull…

In the little village of Polstead in Suffolk, England, young Maria Marten of 24 years, daughter of molecatcher Thomas marten, was known as a very attractive woman, and incontinent relationships with several male neighbors had caused her to bear two children, one of whom died at birth, but the other, Thomas Henry, survived and lived with her.

But that was all before she met William Corder, the 22-year-old “Foxey” known to be a typical bad boy and exceptionally popular amongst women. The moment Maria saw him, she fell in love with him.

When William’s three brothers and his father all died, he was the only heir to their family farm. Around this time, Maria’s affair with William intensified, and she gave birth to a baby in 1827, began pressurizing Corder to marry her.

Although the baby passed away, both were committed to the marriage, and on Friday 18th May, 1827, they met at Maria’s cottage, determined to elope to Ipswich. William suggested that Maria dress in men’s apparel to avert suspicion, and asked her to fetch her belongings and meet him at the Red Barn, the little thatched house atop the Barnfield Hill.

All the while there was only one-third person aware of their plan, Maria’s stepmother Ann. William and Maria left, and Maria was never seen alive again. William went undercover, returned to tell people that Maria was safe but he couldn’t produce her in fear of evoking the anger of relatives, and then disappeared again as the public began to force him to reveal Maria.

He continued to send letters to the Marten claiming Maria’s good health and made lame excuses for Maria’s inability to write to them, such as that she was ill, or that she had hurt her hand.

Days passed by without a single sight of Maria, and her family’s suspicion continued to grow. Ann, the stepmother, began to have some recurring nightmares. Each night she would dream of Maria’s spectral apparition pointing towards a location amidst the grain storage bins in Red Barn.

On 19th April 1828, she forced her husband to go dig up the grain storages of the Red barn, where he uncovered the pathetically decomposed corpse of Maria Marten, her eye pierced with a sharp instrument, her body shot and stabbed with a dagger and her wind pipe strangled with a handkerchief.

Although the face was quite massacred, her sister recognized her by the hair, her clothes and a missing tooth in her jaws.

William Corder’s green handkerchief was found around the neck of Maria, and his sudden disappearance strengthened the accusations. Polstead constable Mr. Ayres, with the help of London police officer James Lea, tracked down William to Everley Grove House in Brentford, London.

A pair of pistols and a passport from the French ambassador confirmed the charges. He was arrested and tried at the Shire Hall in Bury St. Edmunds, Suffolk, where he first plead not guilty, but later confessed to the charges once he was convicted and sentenced to death. He denied stabbing maria, but admitted shooting her in the eye in the course of a heated argument.

On 11th August 1828, William was hanged at the gallows before thousands of observers. After this, his head was decapitated from the torso, and the body sent to the Cambridge University for an autopsy. Afterwards, it was sent to the West Suffolk Hospital as a teaching aid. 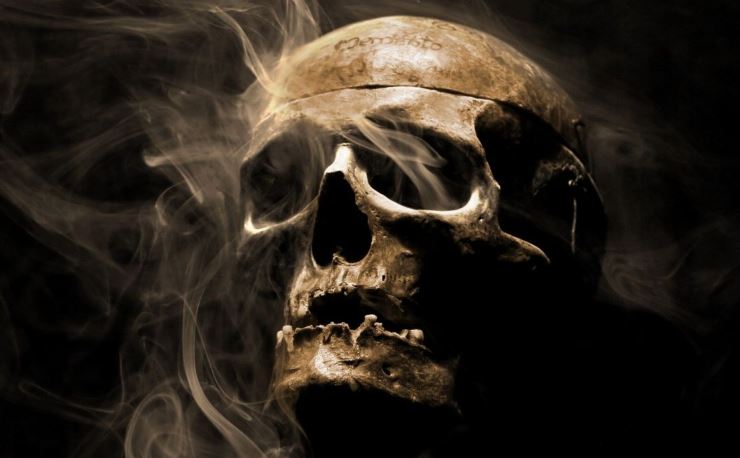 Previously we published an article Screaming Skulls: England Tales Of This Paranormal Phenomena, where we talked about the “screaming skull” legends popular in Britain. A somewhat similar legend is associated with the skull of William Corder.

John Kilner, a doctor at the West Suffolk Hospital, had this morbid interest in collecting skulls. After greedily yearning Corder’s skull for years, he finally stole it one night in the 1870s.

Thereafter he displayed it amongst the many more collected skulls in his house. What succeeded were strange sounds, heavy breaths, murmurs and wails that made his life miserable.

One day, a disembodied white hand floated in the air and broke the showcase that encased Corder’s skull. As another act of irresponsibility, he gifted the skull to a friend to get rid of it, and the poor friend was subjected to the same haunts. However, this man showed the sensibility to give the skull a Christian burial, after which, the haunting ceased forever.

What is Voodoo? Facts and Myths