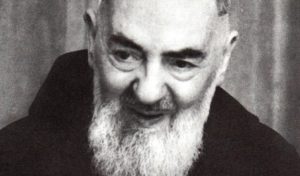 Popular Catholic Saint, Padre Pio, is credited not only with miraculous healing, but a whole array of psychic power.

Even as a child, Catholic saint Padre Pio exhibited a psychic connection with the unseen world. He loved solitude and held conversations with invisible beings. He had visions of angels and demons.

The psychic gifts became more pronounced in his later years. Evidence demonstrates that he was a clairvoyant mind-reader and miracle worker. Perhaps the most extraordinary examples of his psychic power are his experience of the stigmata, bilocation and levitation.

According to a 2008 Vatican Report, Padre Pio received the wounds of the Passion from Christ who asked the Capuchin friar to unite with Him in His Passion. Stigmata are bodily marks and sores resembling the wounds of crucifixion.

The report states explicitly that Padre Pio did not ask for the wounds; in fact, he tried to hide them and was uneasy about revealing them when requested to do so.

Medical doctors have confirmed the spiritual source of these wounds which hemorrhaged profusely and caused pain, but did not behave as normal wounds. Unlike normal fissures, the sores did not heal when treated; nor did they become infected or decompose.

They did not exude a rotten odor; in fact, witnesses have remarked on the smell of roses that emanated from the wounds.

According to Pope John Paul II, the stigmata of the Padre are a sign of an intimate bond between “death and resurrection which characterizes the paschal mystery.” These wounds stayed with the Padre for 50 years and mysteriously vanished just before his death in 1968.

The Capuchin Friar is also well-known for being at different locations at the same time. Witnesses had seen him at the Vatican, the United States and the Holy Land even though he had never left the San Giovanni Monastery.

In one testimony, Padre Pio revealed that he could travel to the United States in one second. In 1919, the Padre was found asleep in his room just before a scheduled rehearsal with a group of children preparing for a Christmas Performance. Upon awakening, he was asked,”Where were you?” He simply answered, “I was in America.”

In 1953, Padre Pio attended a concert in the hall next to the Monastery. During the intermission, the Padre fell asleep for several minutes, awakening just before the concert resumed.

The next day, family members of an ailing man revealed that the Padre had been at their home in physical person the evening before, tending to the invalid. The time of his bilocation visit coincided with the nap he had during the intermission. 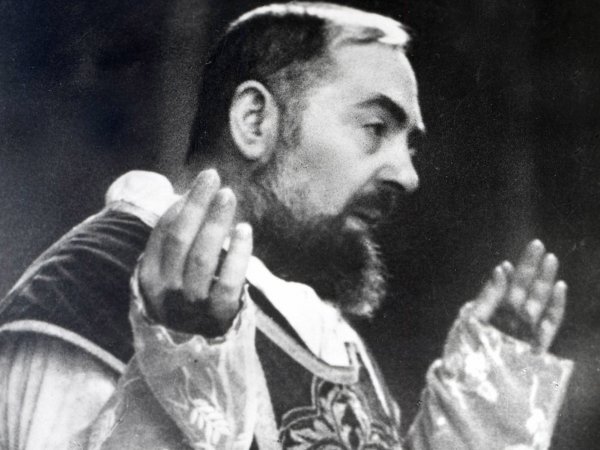 Like the testimonies of his gift for bilocation, stories of the Padre’s levitation abound. During World War II, the American Commanding Officer led a squadron of bombardiers to destroy German war materials at the San Giovanni Rotundo situated near the monastery. Two pilots at the point of triggering the mission saw the Padre floating before them in the air.

The bombs that should have destroyed the Rotundo released themselves and fell without serious effects into the woods. Even the airplanes automatically reversed their direction away from the area; the pilots had no manual control of the aircraft. Words spread that Padre Pio’s levitation saved the San Giovanni Monastery from destruction.

In another incident, Padre Ascanio testified that he saw the Padre walk above the heads of a group of people lining up before the Confessional. When asked about the incident, the Capuchin Friar replied, “I can assure you, my child, it’s just like walking on the floor….”

Padre Pio, known as the “Miracle Man,” has a psychic connection with the spiritual realm. This psychic power can be seen in his experience of the stigmata, incidents of bilocation and levitation.

The Story of Dorothy Eady: Most Convincing Evidence for Reincarnation