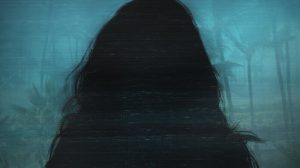 History is filled with stories of strange and unexplained disappearances. From Amelia Earhart’s fateful flight into the Bermuda Triangle to the kidnapping of Charles Lindbergh and the band O-Town, humanity’s timeline is littered with instances wherein people have simply… vanished.

What would it be like to disappear and start anew from a clean slate, with nothing of your past to follow you into your new life? It seems rather horrific at a cursory glance, but for some, it may be the very thing that sets them free.

Scary stuff, but it begs the question: would it be all that terrible to have the reset button pressed on your existence? Portuguese literary giant Fernando Pessoa wrote in The Book of Disquiet, “My past is everything I failed to be.” Perhaps disappearing could be the beginning of something beautiful.

All the Time in the World

Time is a funny thing. We always seem to be running out of it, and when there’s too much, we try to kill it. Our relationship with time is defined by strain, especially if we live frenetic, fast-paced lives.

Feeling completely in sync with the passing hours is a rarely mastered art. Once your former life – and therefore the need to keep any sort of schedule – disappears, problems concerning time management will be quite different.

In a new world, time is suddenly your plaything. Your day is whatever you make of it, without anyone in the world expecting your commitment. You may as well take off your wristwatch and throw it away, unless it’s a nice watch.

That will come in handy (see the next section). Go for a walk. Take a closer look at the world around you, because most likely you’ve been missing it. With no one to be responsible for but yourself, spend your ample time as you wish. You’ve certainly paid a high price for it.

Having all the time in the world and nothing to do with it is the most underrated and fundamental form of torture suffered by human beings. On the spectrum from solitary confinement to living without power for a few days, some form of madness always creeps in when there’s nothing to do. Thrust into a new life without responsibility may get you in trouble. We’ve heard it before, “idle hands are the devil’s handiwork.”

How fantastic. Without your heavy old financial burdens, you can now reassess life’s priorities! Perhaps get back to a simpler existence. Unfortunately, after about a day or two, life’s priorities are starkly defined for you: survive or die.

Pro: A New Lease on Life

There’s no reason to assume you’re a beacon of financial health. For all we know, your former existence may have been riddled with crippling debt. If you spent the majority of that life toiling away to chip at the red, then congratulations! You just won the negative lottery. With all financial responsibilities now eradicated along with your less than stellar credit score, the world is once again your oyster.

Oh, you have a lifetime’s worth of skills? You’ll just get a job? Try that without a social security number, without a birth certificate, no address, proof of record – no proof you ever existed before walking into that interview, probably wearing the same clothes you’ve had on for days.

If you’re still paying attention to the politics of whatever country you once claimed to be a citizen of, making a living under the table might change your stance on illegal immigration. You’re going to have to support yourself in the same way your life is defined: off the books. And if you were once living the highlife, your collar just turned blue.

All Aspects of Identity Gone

Once you’ve been around long enough, you come to the realization that everyone has identity issues. We’re always reinventing ourselves in order to move closer to our true selves. Some of us are just further along that path than others.

This game changes dramatically in a new world that won’t acknowledge your past existence. No more feedback mechanisms from society, loved ones, or even hated ones to communicate, “I know you.”

As you wrestle with your new identity, remember what John Donne said, “no man is an island.” You will have to begin finding new people to accept you for who you are now, not who you were.

Perhaps this is the greatest benefit of your disappearing act: the chance to become the person you always wanted to be. This can be looked at as an exciting time, as you are no longer merely the sum parts of your past life.

Gone are loved ones as well as your enemies. We all have people in our life – exes, in-laws, bosses, and rivals – who are oftentimes not the people we want inhabiting that life. There’s an old idea that our difficult relationships are there to force us to grow.

Now that you’re alone you’ll certainly be able to put that theory to the test. Your new identity, in many ways, will be defined by your new relationships. It won’t be easy making them, but it will be brutally honest.

Whether disappearing and starting anew will be your personal blessing or curse depends solely on the life you currently lead.

Where Are Memories Stored In The Brain?