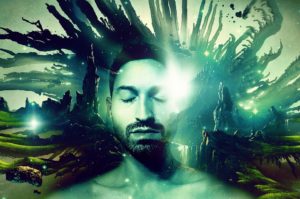 Best-Selling Author and Psychologist, Norman Doidge, left his fancy laboratory to embark on a journey across the United States and interview famous scientists from the field of neuroplasticity.

His results about how imagination leads to material changes, reveal the power of imagination and the infinite possibilities of the human mind.

Alvaro Pascual-Leone, chief of the Beth Israel Deaconess Medical center, part of Harvard Medical School, conducted experiments showing that “we can change our brain anatomy simply by using our imagination”. He conducted an experiment that shows how thoughts can lead to the change of the material structure of our brains.

During the experiment a number of students learning piano was divided into two groups. The first group, with the name “the mental practice group” sat in front of an electric piano two hours a day, for five days, and imagined both playing the sequence and hearing it played.

The second group, that was named “physical group”, actually played the piano. The brains of both groups were mapped before the experiments, each day and afterward.

When both groups played the sequence after the end of the practice, a computer measured how accurate their performance was. The results have shown that both groups learned to play the sequence. The mapping of their brain showed similar brain map changes.

Anatoly Sharansky Became a Master of Chess Through Mental Practice

Another story presented in The Brain That Changes Itself shows how imagination leads to physical changes. While in prison, most political prisoners are mentally falling apart due to a lack of use of their brain that needs external stimulation.

Anatoly Sharansky, a Jewish computer specialist, who stayed for a long time in prison in the worst conditions of isolation, played mental chess for months which helped him to keep his brain from degrading.

During his mental practice, Sharansky played both white and black, holding the game in his head from opposite perspectives which is an extraordinary challenge to the brain. The result was that when world champion Garry Kasparov played against Sharansky, he didn’t manage to beat him. Sharansky became a master of Chess only by using his imagination.

How Imagination Changes the Human Brain

Neuroplasticity shows that our brains change through imagination. When people close their eyes and visualise a simple object, the primary visual cortex lights up in the same way that it does when people are actually looking at the object.

Brain scans reveal that many of the same parts of the brain get active when we act or imagine things. This provides a scientific proof for the effectiveness of visualisation.

According to Doidge, when one imagines using his muscles, he/she strengthens them. That happens because the imaginary muscles’ contraction leads to the activation of the neurons that string together sequences of instructions for movement resulting to increased strength.

Norman Doidge says that because the human brain can reorganise itself so quickly and individual parts of the brain are not committed to processing particular senses, people learning a new skill can recruit operators devoted to other activities, increasing in that way their processing power. The way to do that is by blocking the operator from its usual function so it can be recruited for the other function.

In a new study, psychologists Christopher Davoli and Richard Abrams from Washington University have suggested that the imagination may be more effective than we think in helping us reach our goals.

In the study, a group of students searched visual displays for specific letters, which were scattered among other letters serving as distractors, and identified them as quickly as possible by pressing a button.

During the task, the students were asked to either imagine themselves holding the display monitor with both hands or with their hands behind their backs. It was emphasized that they were not to assume those poses, but just imagine them.

According to the results, simply imagining a posture may have effects that are similar to actually assuming the pose.

The researchers suggest that the slower rate of searching indicates a more thorough analysis of items closer to the hands.

While previous research has shown that we spend more time looking at items close to our hands, but this is the first study claiming that merely imagining something close to our hands will cause us to pay more attention to it.

The findings, according to the researchers, indicate that our “peripersonal space” (the space around our body) can be extended into a space where an imagined posture would take us.

And the ability could be advantageous, like in determining if an action is realistic and helping us to avoid collisions.

The authors concluded that the present study confirms “an idea that has long been espoused by motivational speakers, sports psychologists, and John Lennon alike: The imagination has the extraordinary capacity to shape reality.”

The latest findings of neuroplasticity show how imagination engages the same motor and sensory programs involved in action. It shows that whatever we imagine leaves material traces.

The finding that “our thoughts alter the physical state of our brain” is of huge importance since people can use the power of their mind and imagination for their benefit and improvement.