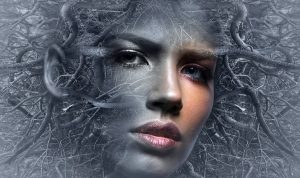 If I were to place three apples on a table in front of you and asked you to choose one to eat, you probably wouldn’t have much difficulty selecting one. After all they are just normal apples, nothing special.

Another apple was focused one with the intention to cause sickness. For one hour this apple was subjected to the meditative thought energy of ill health.

The third apple was not meditated upon.

Knowing this, how would you feel about your selection of the apples? Would you feel uneasy about choosing an apple that has been the focus of these “sickness” intentions? What do you suppose would happen to your body if you ate this apple?

The three apple scenario has hopefully served to illustrate the importance of understanding how our thoughts can have dramatic external effects beyond the scope of our present day understanding.

“Expectation is a powerful thing,” says Robert DeLap, M.D., head of one of the US Food and Drug Administration’s Offices of Drug Evaluation. “The more you believe you’re going to benefit from a treatment, the more likely it is that you will experience a benefit.”

Expectations and beliefs are an important aspect of thought energy studies. A perfect example of this can be found in the phenomena of the placebo effect. A placebo, as used in research, is an inactive substance or procedure used as a control in an experiment.

A placebo effect occurs when the placebo, which cannot on its own have any affect, but does in fact have the same, similar and sometimes better affects as the experimental substances drugs or procedures. Questions remain about the interplay of psychological and physiological mechanisms that contribute to the placebo effect.

Today’s brain imaging techniques lend support to the theory that thoughts and beliefs not only affect one’s psychological state, but also cause the body to undergo measurable biological changes. What is known, beyond doubt, is that we can create healing energies with our minds alone.

Thoughts have the power to heal and the power to cause harm. What we know and understand about the nature and mechanism of thought and thought energy pales in comparison to the vast amount of information that we do not have.

Studying how expectations, beliefs and thought energy relate to physiological and biological changes can lead to a better understanding of individual roles and responsibilities regarding personal health and well being.

Thoughts are real. Thoughts are measurable outside of our bodies and they exert a real influence on people, places and objects which is not bound by time or space. Directed thought energy carrying specific intent is capable of imprinting objects with a desired physical or emotional signature. Now, go have an apple and think about that for a while.

By Dr. Jeffry R Palmer PhD (the author of “Judo for the Soul – The Art of Psychic Self Defence”, as well as numerous articles and papers relating to metaphysics and the study of paranormal phenomena)