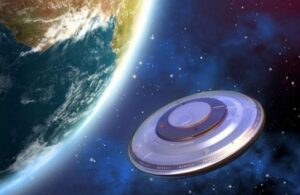 Interest in UFOs continues to grow among both scientists and government officials.

In 2021, there has been a sharp increase in the number of reports of unusual sightings due to the fact that smartphones with high-quality cameras are becoming more affordable everywhere in the world.

Scientists tend to explain such phenomena by simple factors, officials and the military do not give unambiguous answers. However, in 2021, a new department was created in the United States , which will oversee the study of such phenomena. But not only. The Live Science portal reports in detail about the work of the new division.

In June 2021, the US military released a UFO report. This was followed by a call from Congress to create an official department to conduct “coordinated activities” to collect and analyze information related to UFOs.

Although the new department at the Pentagon, called the Aircraft Identification and Control Group, will not be involved in the search for extraterrestrial life, it will be tasked with providing a full range of intelligence data, as well as scientific and technical assessments related to UFOs.

One of the responsibilities of the new department will be the implementation of a plan to “test scientific theories related to the characteristics of UFOs.”

In addition, efforts have long been made in the United States to develop equipment for detecting UFOs. Officials and scientists are also discussing where such equipment can be placed.

One of the upcoming initiatives overseen by the new department is called Project Galileo. It will be aimed at searching for extraterrestrial equipment near the Earth.

One of the objectives of this project is to elucidate the nature of interstellar objects that do not look like comets or asteroids, such as ‘Oumuamua, the first known interstellar object to visit the solar system. Another task is related to the study of UFO phenomena.

More than 100 scientists are part of the Project Galileo research team. In the spring of 2022, the first telescope for the new project will be installed on the roof of the Harvard College Observatory.

However, the problem is that at the moment there is no clear coordination between the organizations involved in the development of equipment for both the Galileo Project and the work of the new Pentagon department.