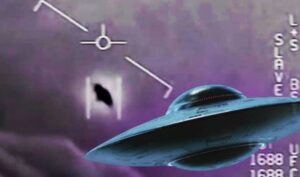 The US Department of Defense has reorganized its task force to track unidentified flying objects (UFOs). This was reported in a statement released on Tuesday by the Pentagon’s press service.

Washington is stepping up efforts to probe possible alien activity after officials admitted they could not explain the phenomena of UFO sightings.

As specified, the new unit, which will replace the previously existing group for the study of the so-called unidentified aerial phenomena, will be named AOIMSG (Airborne Object Identification and Management Synchronization Group).

The text of the department says that the AOIMSG will synchronize the efforts of the Department of Defense, as well as other US government departments, in order to detect, identify and establish the ownership of objects of interest.

The group will also assess UFO-related threats to flight safety and national security.

“Incursions by any airborne object into our SUA pose safety of flight and operations security concerns, and may pose national security challenges,” the department wrote.

Pentagon officials note that “the Department of Defense is very serious about reports of airborne incursions of any flying objects, both identified and unidentified, and is investigating each of them.”

Earlier this year, officials confirmed they had investigated 144 UFO sightings reported by government sources since 2004, including unexplained vehicles that traveled at speeds of up to 43,000 miles per hour and changed direction on a dime.

Most of the incidents — such as the near daily sightings of UFOs harassing a warship near San Diego in 2017 — were not part of US programs that it meant to keep under wraps, according to the task force’s Congressional report.

NASA has proposed a new method for finding life in space