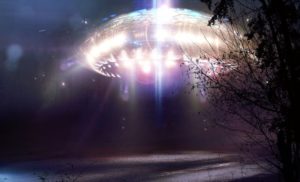 When President Donald Trump signed the $2.3 trillion coronavirus relief and government funding bill into law in December, so began the 180-day countdown for US intelligence agencies to tell Congress what they know about UFOs.

As part of the newly passed COVID-19 relief legislation, lawmakers are demanding answers from U.S. intelligence agencies and the Defense Department on the potential existence of UFOs and other unidentified aerial phenomena.

The report must include “a detailed analysis of unidentified aerial phenomena data and intelligence reporting collected or held” by almost all of the country’s intelligence agencies.

It must also include: “Identification of any incidents or patterns that indicate a potential adversary may have achieved breakthrough aerospace capabilities that could put United States strategic or conventional forces at risk.”

Christopher Mellon, a former assistant secretary of defence for intelligence, tweeted that he was hopeful the new administration would “rigorously execute its oversight prerogatives” in this area.

He added: “The concerns of the public and numerous military personnel have been ignored by the national security bureaucracy for far too long.”

The request comes after the Pentagon released three classified videos filmed by U.S. Navy pilots in 2004 and 2015, of “unidentified aerial phenomena.”

One of the pilots told The New York Times in 2017 about the 2004 incident shot around 100 miles of the Californian coast: “It accelerated like nothing I’ve ever seen.”