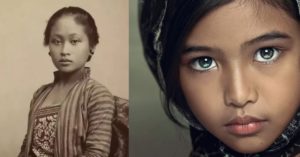 As soon as they learn to speak, some children are able to tell remarkably detailed stories of people, places and events in what might be their past lives.

Have you lived before? Over 60 percent of the world’s population believes in some form of reincarnation, according to Dr. J. Chiappalone in his book Keys to Reality.

“From the logical point of view,” he writes, “when contemplating our existence from the metaphysical and philosophical aspect, [the] single life theory does not make much sense. The hit or miss theory of only one life in order to attain a heavenly goal appears absurd, when one views the varying conditions of particular lives.”

There is no way to empirically prove reincarnation, however. What evidence we have comes from the testimony of people who claim to recall – sometimes vividly – people, places, things and events from what they believe could be their past lives. The skeptical viewpoint is that these recollections are little more than flights of fantasy and wishful thinking.

More difficult to dismiss, perhaps, are such recollections from small children who, without prompting, describe their memories of former lives. “Some as young as two and still in diapers blurt out, ‘I remember when I died before’ or ‘My other mommy had curly hair,’” says the website Children’s Past Lives, based on the book by Carol Bowman.

“They often describe details that they had no way of learning in this life.” Dr. Ian Stevenson, one of the foremost researchers into the past lives of children and author of Children Who Remember Previous Lives, has documented over a 40-year period more than 2,600 cases that he says offer “undeniable evidence” for the truth of these memories.

“These children supply names of towns and relatives, occupations and relationships, attitudes and emotions that, in hundreds of cases around the world, are unique to a single dead individual, often apparently unknown to their present families. But the fact is, the people the children remember did exist, the memories that the children claim can be checked against real lives and their alleged feats of identification verified – or contradicted – by a variety of witnesses.”

Here are some of those anecdotes from Stevenson’s research and other sources:

Carol Bowman was inspired to write Children’s Past Lives by the vivid recollections of her own children. When investigating with a therapist why her five-year-old son Chase was frightened by certain loud noises, the small boy described events that obviously did not occur in this life.

“I’m standing behind a rock. I’m carrying a long gun with a kind of sword at the end. I have dirty, ripped clothes, brown boots, a belt. I’m hiding behind a rock, crouching on my knees and shooting at the enemy.

“I’m at the edge of a valley. The battle is going on all around me. I don’t want to look, but I have to when I shoot. Smoke and flashes everywhere. And loud noises: yelling, screaming, loud booms. I’m not sure who I’m shooting at – there’s so much smoke, so much going on. I’m scared. I shoot at anything that moves. I really don’t want to be here and shoot other people.”

Dr. Stevenson’s research has often turned up verified correlations between birthmarks and traumatic events in the past lives of his young subjects:

An Indian boy with an array of birthmarks on his chest recalled being killed by a shotgun blast to the chest.

Another boy in India remembers a past life in which some of his fingers were cut off by a fodder-chopping machine. This boy was born with mere stumps for fingers.

Past Life as a Nun

Carol Bowman relates the story of a little girl named Elspeth who, before she was even two years old, spontaneously recalled becoming a nun.

“I’m going to take my vows,” she suddenly told her mother while bathing, in one of the first full sentences she had ever uttered. “I’m not Elspeth now. I’m Rose, but I’m going to be Sister Teresa Gregory.” This small child even described some of her convent duties, including milking the goats, making cheese and saying prayers. She even described her own death.

In another anecdote from Bowman’s book, five-year-old Tommy Hibbert somehow knew how to sew a button back on his pants. “Tommy went and got a needle and thread,” his mother recalled, “threaded the needle, and sewed that button on so expertly that I couldn’t believe it.

I had never taught him to sew and he had never even seen me do it. Amazed, I asked him, ‘Where on earth did you learn to sew buttons on like this?’ ‘Well, we used to do it on my ship all of the time,’ he answered.

‘You were a sailor?’ ‘Oh, yes.’ And then he told me about how his ship would creak in the night while he was lying in his bunk in what he described as an old sailing ship with tall masts and many ropes.” Tommy grew up and joined the Navy.

At the Children’s Past Lives Forum, a mother tells of the ”many memories” of her three-year-old daughter who would say, “I want to go to my other home!” Even after asking her, she couldn’t explain it – just that their house wasn’t her home. She also unexpectedly told her father that “cannon balls go really far” and killed “me and my horse.”

“My son, who is 15, had a very interesting experience last evening. He, myself and my wife all fell asleep watching TV in our den. I work third shift and set an alarm to awake me. I told my son to make sure I was awake so I could get ready for work. Well, the alarm went off and seemingly only awoke me. I called out to my son several times.

He is a very deep sleeper and when he awoke, it was a startling awakening. He sat up and started talking in a foreign tongue for several seconds. Nothing I recognized. He is in his third year of Spanish, but it was not Spanish. After I called out to him, it seemed as if though he ‘snapped’ out of it and awoke. His eyes were open the whole time and he does not remember his speaking.”

Reincarnation: Your Journey Through Karma