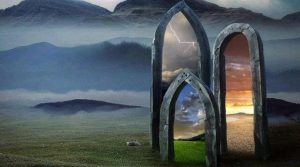 The fact that mainstream scientists refuse to look into a topic having the possibility of explaining life is mind boggling. Why are they so unreasonable?

The paranormal or the supernatural is a subject intriguing many; yet the misunderstanding of what it truly is keeps most people away from it.

The paranormal is made up of two main topics, the UFO phenomena, including aliens, and the occult, meaning the interaction with inter-dimensional beings. Although UFOs and aliens are now somewhat more acceptable by the mainstream media and the public than they were five years ago, the idea that there are living beings in other dimensions overlapping ours remains absurd to many.

The Occult World is Nothing to be Afraid of

The word “occult” means “hidden.” The fear of the occult, the paranormal or the supernatural is due to the negative association often made with the topic. Ancient texts and drawings, such as the Bible, portray the occult world with demons harming people, demonic possessions and other malicious beings and experiences.

We must keep in mind that there is a positive and a negative side to every subject, and the occult is no different. On the other side of the balance, there are positive beings or higher-frequency beings we know as angels.

While people are aware that the messages of angels and other higher-frequency beings are about love and guidance, few are aware of universal concepts and the natural laws of existence these angels also speak of.

Unbeknownst to those who are yet to believe and understand the world of the occult in general, the influence of the information, both positive and negative, coming from this hidden world controls every aspects of life through our belief system. It is important to understand that ancient religious texts like the Bible are only some of many existing perspectives of the occult world.

Experience of the Occult by People Throughout the Ages

As these experiences are rather rare, separated by long spans of time and by their nature captivating, many have turned and twisted the original accounts into folklore and bedtime stories for personal reasons.

In society, these experiences are usually referred to as supernatural. The term supernatural is an interesting one. It implies the idea that some events and experiences in nature are not natural when they are in fact occurrences we are yet to understand about our own reality.

This perspective, however, is shifting with the emergence of a particular section of physics in recent years known as quantum physics.

Quantum Physics – The Answer to the Supernatural

For a long time, people kept away from everything having to do with the supernatural mainly due to this element of the unknown. They could not understand the basis as there were no foundations to approach this topic in a logical way. There is also this thing about the supernatural that feels out of their control and chaotic.

However, with the discoveries made in quantum physics, most notably the superstring field theory, the scientific world is now flirting with the idea that absolutely anything is possible. The conclusion of the superstring field theory is that we are all made of the same thing, “all” meaning everything in the universe; at our core, we are pure intelligence or consciousness.

As light is being shed on the subject, a great portion of the fear of the unknown has been lifted. People can now explore this topic from a scientific angle to explain those rare experiences humanity has had for thousands of years, such as precognition, telepathy, levitation and telekinesis amongst others.

The revelations of whistle blowers indicate that governments and some major private corporations are very knowledgeable in this particular area of science and have made great leaps in technological developments, such as time travel, inter-dimensional travel, the ability to tap the zero-point energy field amongst others. This information is unfortunately hidden from the public.

On an even darker note, it has been revealed that our world’s most respected leaders and personalities are very much into rituals and what people call dark magic, including the sacrificing of human life, drinking human blood and even eating human flesh.

The Resistance of a Valid Answer Does Not Add Up

Could this dark world of black magic be the reason why many mainstream scientists and related authorities refuse to fully explore the findings of quantum physicists?

The information held within the quantum world can be explosive, sending humanity into the next step of its evolutionary phase. It is hard to imagine why authorities are resistant to the idea of diving forth into this unknown world.

By all accounts of logic, it does not make sense unless their intention is not what we believe it to be, that is for the good and benefit of all. The only thing that makes sense in this case would be the accounts of the whistle blowers. Could they be right? Are we really being controlled in ways we are not aware of?

Either way, man’s curiosity has been lit. Questions have been asked, and, according to the law of duality, the answers are always part of the questions. It is only a matter of time before light is shed on what is hidden.

The Mystery of Human Spontaneous Combustion