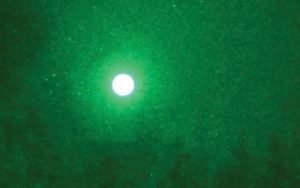 In case you are not aware of the term orb UFO by now, here’s a quick guide to walk you through this puzzling notion.

This world is more than meets the eye, and I literally mean it. Our eyes can perceive only a small part of the light spectrum, which means that many things remain hidden from us or cannot be understood due to the limits set by our body.

It has recently been discovered that an entire world of UFOs co-exists with our own. They have the capacity to appear into our dimension – when we can see them with the naked eye, but most of the time they remain hidden from us, and can only be observed with the help of special light filters.

The phenomenon is absolutely real, it may involve actual alien crafts, artificial intelligence, the military, biologic entities with the ability to fly, or even beings residing inside the Earth.

Mostly referred to as “orb UFOs”, the spectacular appearances are performing bizarre rituals in the sky which are beyond our level of understanding.

Apart from the dynamic movement and the tremendous speeds at which they travel, the orb UFOs were also filmed while morphing, shooting at chem trails or even releasing other small orbs.

They appear to be drawn by huge energy fluxes, with some of them appearing above or inside of massive thunderstorms, while others seem to like the energy released by big crowds of people (during music festivals, meditating sessions and so on).

After UFO enthusiast and analyst, Jim Martin, had witnessed a peculiar UFO encounter, he decided to upgrade his gear and start chasing UFOs in order to better understand what is going on.

With the help of a full spectrum camera and other special lens and filters, he succeeded in capturing numerous UFOs performing different tricks around his house.

After a while, he decided to share all the knowledge he had gathered with the rest of the world, so he narrated a short but extremely informative video with this intensifying phenomenon.

The orb UFOs behavior vary from sighting to sighting, but they also maintain common traits such as the pulsating light which expands and then quickly closes in, and also the dynamic of movement which is a fairly impressive feat as it cannot be achieved by any of our earthly crafts.

Speaking of crafts, another interesting thing to note is that ground radars fail to detect all these strange UFOs, thus lending credit to the hypothesis of them being otherworldly in nature.

Their origins remains yet another topic of debate but, from what we have seen, they appear to return to the ground instead of disappearing out in space. Could they reside here on Earth? Is it possible that secret alien bases are found on this planet?

I believe that it is likely to be so if we think of all the unexplored and inaccessible places on this planet, and since society has bond us together inside of industrialized cities, our daily exploration range extends close to nothing.

So how can we explain these playful UFOs? And what might their purpose on our planet be? Are these protective spirits? Or maybe organic beings who used to reside here on Earth long before humanity called this place home?

Whatever the case, since more and more people are attracted by this phenomenon, the truth might surface at some point, and hopefully we and the rest of the world will be prepared to embrace a new concept of life, while erasing and rewriting the current one.

Russian Cosmonauts: UFOs Exist, Not Only Americans See Them in Space