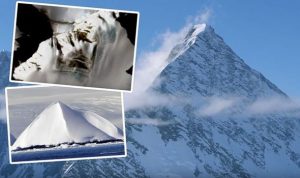 Researchers believe that the so-called hidden pyramids that were erected by representatives of extraterrestrial civilizations are scattered throughout the Earth.

Some of these pyramids are located in Antarctica. This theory was presented by the journalists of the TV channel “History” in the series “Ancient Aliens”.

Many researchers, looking at the picture of an incomprehensible pyramidal structure near the Shackleton Ridge, believe that this is one of those pyramids.

The photograph below was taken from a satellite, and on it, the seekers of extraterrestrial life forms saw four fairly distinct sides of the pyramidal structure, reminiscent of the largest pyramid of Giza. 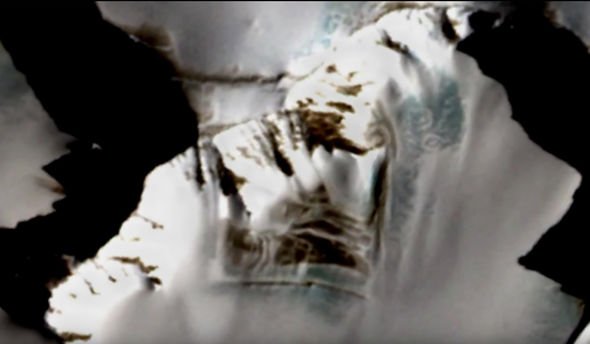 The author of the presented theory, David Childress, spoke about the high probability that the Shackleton pyramid is the oldest pyramid on the planet. According to him, if the pyramid discovered in Antarctica is man-made, then it is most likely the oldest on Earth.

Other researchers believe that these pyramids were erected by representatives of extraterrestrial civilizations.

According to another theory presented by Dr. Michael Salla, the pyramid in Antarctica is part of an energy pyramidal system distributed throughout the planet.

The scientist also believes that the pyramidal structures can be energy generators, erected by alien civilizations for wireless energy transmission at a distance.