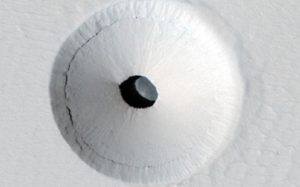 9 years ago, the Mars Reconnaissance Orbiter, photographed a strange hole on the surface of Mars, which stood out against the backdrop of the volcano Mount Peacock.

According to researchers, the discovered hole may be the entrance to a huge cave. After analyzing this image, scientists came to the conclusion that the hole has a diameter of about 35 meters and a depth of 20 meters. Unfortunately, it is not clear how long this cave is.

Usually such places attract scientists most of all, since they are protected from external influences, and can be considered as places where life can exist. In preparing research missions, they will be the main objectives.

One of the main versions of the appearance of the hole is a meteorite fall. However, it is not entirely clear how the funnel arose around it and where did the soil fall? By the way, earlier, no less mysterious holes were discovered on Mars. 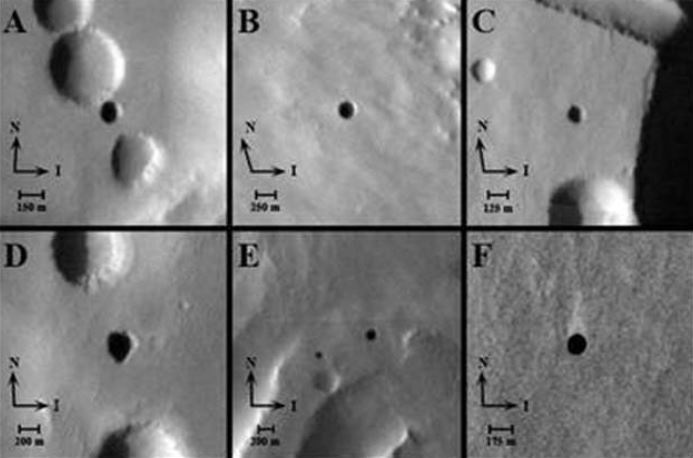 Some researchers believe that branched caves may lie under the surface of the Red Planet, where there may still be liquid water and other conditions favorable to biological life.

According to this hypothesis, the holes are the entrance to the Mars cave complexes. At the same time, future colonists seriously consider them as places for the deployment of their bases.

But what if a different, extraterrestrial life form awaits future colonists in these caves?