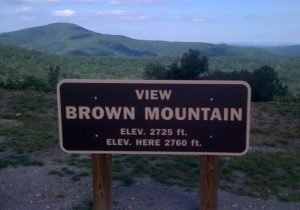 The foothills of the Blue Ridge range near Morgantown, North Carolina are home to anomalous lights and legends. The fact is that the lights exist. The enigma is what causes them.

Brown Mountain, the home of mysterious lights, is in the Pisgah National Forest at the foothills of the Blue Ridge range near Morgantown, North Carolina.

As far back as the thirteenth century, the Cherokees noted the lights. Legend is that a major battle was fought between this tribe and the Catawbas in 1200 near Brown Mountain. The Cherokees believed the lights were the ghosts of Indian women looking for their loved ones who died in battle.

Another legend is that a slave went out to look for his master who got lost while he was hunting. The man searched every night with his lantern. The slave died, but his spirit, lantern in hand, continues the search. 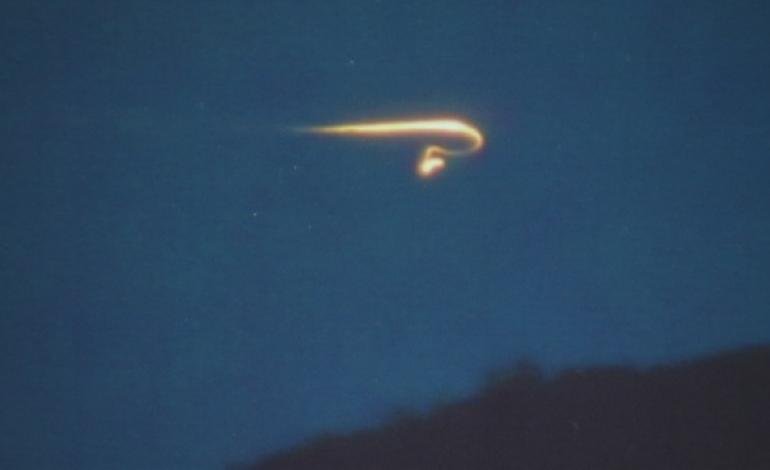 According to yet another legend is that a woman disappeared around 1850. People suspected her husband killed her. Almost everyone in the town searched for her and, one night, the lights appeared on the mountain.

Some believed the woman’s ghost returned to haunt her husband and to tell the townspeople to stop searching for her, which they did. Years later, bones that were identified as hers were found under a cliff.

Geraud de Brahm, a German engineer was the first settler to explore the area and made a record of the lights in 1771.

The lights are seen in different ways. They have appeared as skyrockets, pale lights, hued in red or blue or as balls of fire. Sometimes, they float slowly, turning paler and brighter. 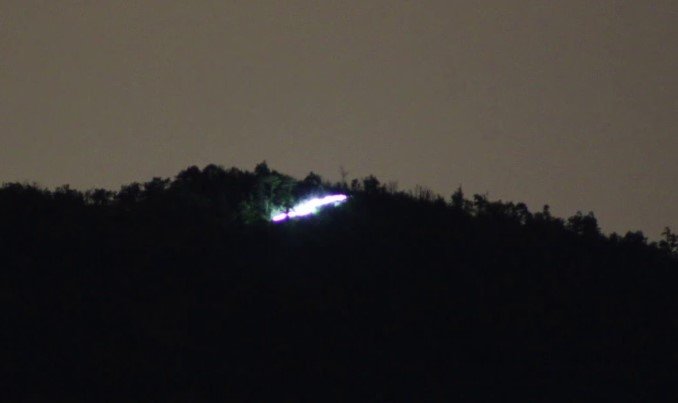 Other times, they whirl about, then quickly flit away. They aren’t seen often and the best nights to see them are the darkest of nights, during the new or crescent moons. Sometimes, they appear so quickly, it’s not possible to count them. At times, they seem to explode, but there is no accompanying sound.

Scientists have studied the lights and have tried to find natural causes for these anomalies. The first was de Brahm who believed they were caused by nitrous vapors meeting with sulphurates and niter inflames.

The US Geological Survey has investigated the anomalies. The first investigation was in 1913. The decision was that the lights were locomotives from the Catawba Valley.

This was debunked in 1916 when a flood swept the bridges away, knocked out power lines and washed away roads. The Brown Mountain lights appeared before bridges and roads were repaired and power was restored. 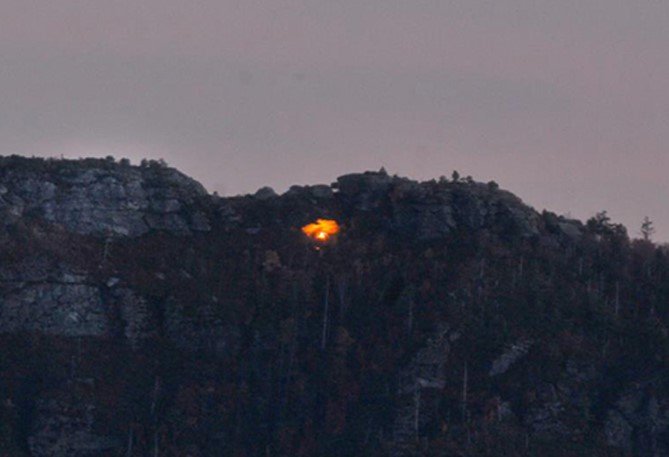 The second US Survey concluded that the lights were caused by spontaneous combustion of marsh gasses. There are no marshes on or near Brown Mountain.

Some have suggested that the lights are created by a mix of minerals and gases in the area. A geologist theorized that it was possible that radioactive uranium ore produced the lights, but these rays aren’t visible. Another possibility was phosphorus. This element isn’t found on the mountain.

There have been scientists who suggested the lights are a mirage, reflections from Hickory Lenoir and other nearby towns. The problem is that the lights have been seen long before electricity was used for lighting.

There is no doubt that the Brown Mountain Lights exist. As yet, science does not have an explanation as to what causes them.