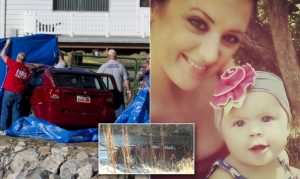 Jennifer Lynn Groesbeck and her daughter Lily checked out of Jenny’s parents’ home on Friday, March 6, 2015, at around 10:00 pm. She was driving from Salem, Utah, where her parents lived, to Springfield.

Jenny’s father strapped little Lily into the car seat and sent them on their way. Little did he know that he would never see his daughter alive again.

Jenny lost control of her car and fell into the icy river Spanish Fork, located in Utah. The fisherman discovered the car around noon the next day. This was about 14 hours after Jenny left her parents’ house. Fisherman turned to the authorities for help. 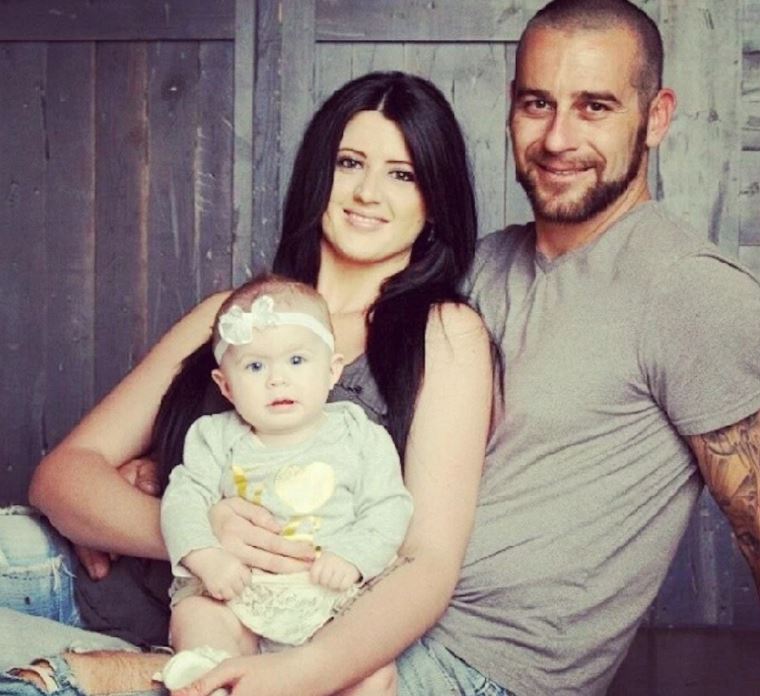 When the first rescuers arrived, they saw no signs of life. When the radio call came in, they said that a car might have been abandoned in the river. As they approached the wreckage, they saw that there was someone inside.

They later said that they did not plan to turn the car over that day, but as they rushed to the river, they heard a voice pleading for help. They immediately ran to the car.

Overwhelmed with adrenaline and worried about the people inside, the rescuers overturned the truck and found two people.

One of the first arrivals reported hearing a voice, and he believed one of the others replied, “We’re trying our best to get in.” When the truck overturned, they saw that the mother and her little girl were in it.

The mother was clearly dead, and they were worried that the girl was also missing.

Body cameras captured baby Lily’s desperate rescue from a car seat in which she was hanging upside down after the accident.

Firefighters who jumped into the river to save the girl were treated for hypothermia at a nearby hospital. Many of the rescuers spoke of that night, and they swear they heard a voice calling for help.

They later learned that the mother had died on impact. There was no way she could be a voice calling for help. Lily was very small and unconscious when she was rescued from the freezing water. Even knowing that Jenny couldn’t call for help, they stand by what they heard.

The rescuers were later awarded for their role in saving Lily’s life.

The family is not entirely shocked that Jenny appears to have stayed with her daughter until help arrived. They knew Jenny as a loving and devoted mother who would do anything for her little girl.

“What it should show all of us is an acknowledgement of how much Jenny loved her little girl,” the woman’s brother, Garrett Groesbeck, told the Deseret News Monday. “I don’t think there can be any stronger example of loving someone so much, even after (death). The fact that we have these men — not just one person but all these men — that had the same experience really hit home with us.”

The family, members of The Church of Jesus Christ of Latter-day Saints, said they are comforted by the belief that their daughter and sister, Lynn Jennifer “Jenny” Groesbeck, was with Lily the whole time the child was trapped in the SUV, and that the toddler was protected by a divine power.

Lily spent about a week in the intensive care unit while she recovered. Doctors worried about brain damage as the girl spent nearly 14 hours hanging upside down in her car seat in a cold SUV. In the following days and weeks, she only got stronger and fully recovered. She sings and kisses her grandfather.

Although Lily will certainly have questions when she grows up, she will not doubt one thing – her mother’s love. This love was so deep that she crossed the veil between life and death to make sure that her beloved child had a chance at life.