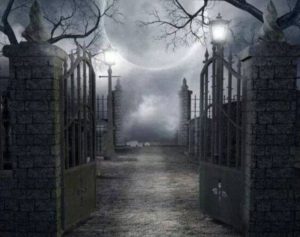 If you drive about a mile north of Libertyville, down the desolate and secluded River Road, you’ll come to a place where the road makes a sharp right turn. If you look very closely, set back from the road, you will find a menacing-looking iron gate.

According to local legend, in the 1920s, the Libertyville gate was the entrance to an exclusive girls’ finishing school. It was a quiet and polished place where young girls from Chicago’s well-to-do families were able to receive a proper education.

All went well until one terrible night in the 1950s, when the school principal snapped and killed four of the young girls in his care. As the legend goes, the mild-mannered principal inexplicably lost his mind one night and, in a fit of madness, murdered the girls. Then, for unknown reasons, he chopped off their heads, carried them down to the gate and placed them on top of the spikes.

Their bodies were never found and the principal was arrested and tried for his crime. The authorities tried to hush up the whole incident but parents refused to send their children to the school and it had to close down. 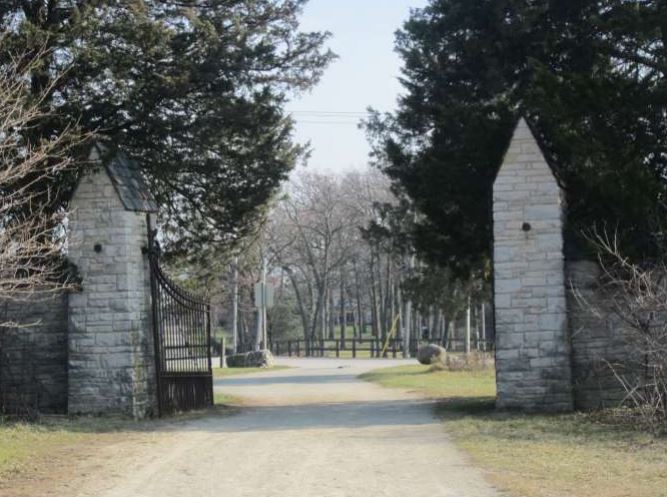 As time went on, the horrible murders were forgotten. The girls’ school was demolished and by the 1950s, the property was being used as a sleep away camp for boys.

All was well until one horrible night in 1963, when a camp counsellor discovered that four young boys were missing from their tent. In the dark, the counsellors searched the grounds for the missing children, but they could find no trace of them.

As it grew lighter, they approached the gate and discovered the remains of the missing boys. Their severed heads had been stuck on the spikes of the iron gate. Their bodies were never found and their killer was never identified.

The police suspected that one of the camp counsellors had committed the crime, but there was never enough evidence to prove it. After the scandal, the camp was forced to close down and the property has lain vacant ever since.

It is said that the gate is haunted by the children who died there. People passing by the gate at night claim to have heard the sounds of children crying and screaming. Others claim to have seen blood running down the wrought iron supports of the gate.

They say that if you go to the gate at midnight on the anniversary of the murders, you will see the phantom heads of the girls and boys appear on the rusted spikes. Their eyes will be staring straight at you and their mouths will be moving, stretching wide open as if they are silently screaming.

But, if you and your friends ever decide to go and visit the gate at night, just be careful. They say that the area can have a strange effect on people’s minds. You just may notice one of your friends starting to act in a very bizarre manner and the next morning, it could be your head that is found on top of the rusty spikes of the Libertyville gate.