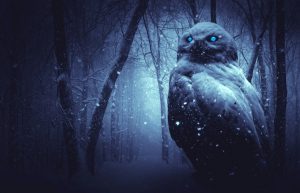 Marthe Popenkoff’s body was found by a road near Orskaia. There were lacerations on her body, but authorities determined they weren’t serious enough to cause death.

The doctor attributed her demise to syncope, an archaic word for fainting. But people believed Marthe was murdered. Henri Durant, a French engineer temporarily living near Orskaia, decided to investigate.

The engineer sent a letter to Monsieur Hersant about the case and invited him to take part in the investigation. Hersant was a psychic who studied the paranormal.

When Hersant arrived, Durant told him that although Marthe was a respectable woman with no known enemies, people believed she was murdered. Hersant asked to examine her body. He inspected the marks with his magnifying glass and discovered something that he didn’t share with Durant.

Durant showed Hersant the place where the body was found. Hersant remarked that it was a perfect place for a murder. The land’s configuration — containing shelving that led to a narrow valley — ruled out any possibility of the victim escaping.

They went to investigate the desolate millhouse. Hersant studied the walls. When he was done with this, he said the investigation was finished for the night and wanted to see Marthe’s house the next day.

About six hours later, news that Marthe’s three children were discovered dead in their beds swept through Orskaia. Their corpses, with identical lacerations as their mother’s, convinced people they were murdered.

Police arrested Peter Popenkoff, Marthe’s husband, for the crimes. Within days, he was found dead in his cell with the same lacerations.

Popenkoff Séance at the Millhouse

Hersant, Durant and priest Father Mickledoff went to the millhouse. Hersant drew a large circle, with symbols inside of it on the floor, sat in the middle and told the others to stand in the doorway.

When a church’s clock chimed at midnight, the men heard wings flutter, a loud macabre animal-like scream and saw an enormous black owl fly down from the ceiling to land in front of Hersant, who told the priest to pray for the dead and sprinkle holy water on the circle. When the priest sprinkled the holy water, the bird vanished.

That night, unknown to the others, he held a séance to release the owl’s earthbound spirit.

There are many documented cases of animal apparitions and hauntings. Accounts of spectral animals include those tied to a place and apparitions of people’s pets sighted by loved ones and visitors. Ghostly or real animals are held as death omens.

The killer ghost owl, if genuine, is an exception to the findings that ghosts, animal or human, have never killed people. Some who have heard about The Beast of Gevaudan that killed people might think it was a ghost, but it was a real animal that was eventually slain.

When O’Donnell wrote about the spectral owl, people’s paranormal accounts were taken at face value and not researched or investigated. Was O’Donnell “had”?

The Strange Story of The Ghostly Duelists