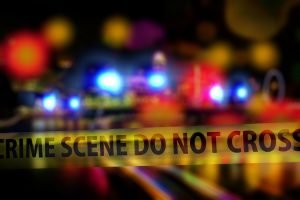 According to local news, the victims were “lying strangely, as if they had suddenly collapsed to the floor during a dance or in the middle of a conversation.”

Authorities are investigating the death of 22 young people at a tavern in East London, South Africa. Around 4 am on Sunday, local residents reported the death of patrons at the Enyobeni tavern, one of whom was reportedly 13 years old.

Police Minister Beka Chele said the victims, all under the age of 17, were celebrating the end of their school exams when an as-yet unexplained incident took place.

Around 1 am, the nightclub was packed, tavern owner Siyahangela Ndevu told AFP. However, Unati Binkose, a government security official who visited the scene early the next morning, told that a stampede was ruled out because there were “no visible open wounds” on the victims.

Local newspaper Dispatch Live reported that when they visited the scene, they found “bodies lying strangely, as if they had suddenly collapsed to the floor during a dance or in the middle of a conversation.”

One eyewitness to the incident, a young woman, told Al Jazeera that people felt as if they were suffocating.

“The man at the door, I think he was the bouncer, he closed the door and we couldn’t breathe. We gasped for a long time and [pushed] each other, but it was useless because some people were dying,” she said, adding that the room smelled of some kind of gas.

“I’m not sure if it was tear gas or pepper spray,” she said. “Then several people died, and I also fell asleep for three hours. Then when they woke us up, they thought I was dead.”

The police are asking for any information about what happened to the underage patrons of the club.

“We have an experienced team that complements the provincial team to make sure we get to the bottom of what led to the death of these young people,” Police Minister General BekiChele said Sunday.

The investigation into the mysterious incident continues.