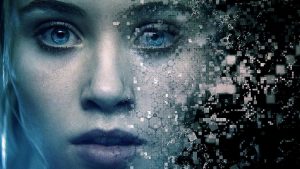 That eerie feeling of déjà vu is very common, though scientific explanation has far to go before it is able to fully explain this aspect of the human consciousness

Most people, at one point or another, have experienced a feeling of deja vu (French for “already seen”). Whether or not they even realized it at the time, or cared to give it a label, the situation is common: you recognize as familiar something which you know you’ve never seen before. An object, a person,a place, a scene, an event… it is a fairly common experience.

Perhaps in the minds of some people there is something seemingly “supernatural” or sinister and overly thought-provoking about the phenomenon of déjà vu. From a scientific perspective, however, this doesn’t seem to be the case.

Scientists who study mental phenomenon such as déjà vu have taken it upon themselves (as scientists so often do) to also classify some subcategories of the phenomenon. So, when you are experiencing déjà vu, you may actually be experiencing one of three varieties: Déjà vecu, déjà senti, or déjà visite.

Déjà vecu (“already lived through”), the most common form, occurs when there is a feeling involved in an experience – sort of an “I know that I’ve been here before” feeling.

Déjà senti (“already felt”) is fully mental, without the reliance on the visual aspect of deja vu. The idea of having thoughts that you’ve already had before.

Déjà visite (“already visited”) is perhaps the creepiest of them all. This is the one that gives little children nightmares – it is the uncanny knowledge of a person or place which has been previously unknown to the person. It is walking into a new building and knowing right where the bathroom is. Completely unexplainable, and rather rare. This is the one that is most often attributed to spiritual encounters, out of body experiences or ESP.

Most explanations agree that there is nothing strange happening in your brain when it plays these sorts of “tricks” on you, nor is there something physically wrong with you (at least nothing too important). It is just a feeling. It is your mind playing tricks on you.

This being said, there are a variety of explanations for déjà vu which do seem to be rather interesting (despite the fact that they avoid “conspiracy theories” and ESP and such things).

For instance, it has been shown that there is a link between one’s mental health and the occurrence of déjà vu. People with mental disorders often see the world a little bit differently, and are prone to such mental abnormalities as the perception of déjà vu.

More interesting theories are those which deal with real, physical defects in the brain that might lead to déjà vu. Some have suggested (though with little evidence to back it up) that déjà vu might be caused by a delayed firing of neurons somewhere in the brain, inhibiting the message (or at least part of the message) for just a fraction of a second, causing the brain to process the same thought twice in quick succession.

For instance, if your two eyes both saw the same event, but for some reason the message took just a fraction longer to reach your brain from your left eye than it does from your right, there is a chance that your brain may process the same event twice, making you feel like you’ve already seen it, even if it was only a thousandth of a second earlier.

The Opposite of Deja Vu

Most people probably don’t realize that Deja vu (in all of its forms) has an opposite as well. This is called Jamais Vu (“never seen”), and it is quite interesting as well. This is that odd experience wherein you walk into a place you are very familiar with, but have a momentary feeling that you have never been there before.

It is most often suffered by those with amnesia or mental deficiencies, but every once in a while it happens to the average Joe as well. There is a moment of near panic – and then you probably realize that you were just suffering from a momentary lapse of mental functions.

And so, those are the basics of deja vu. It is a phenomenon about which scientists still have much to learn, but which will hopefully be able to offer great insights into just how the complex mechanisms of the human brain truly work.

How To Test If We’re Living In A Computer Simulation