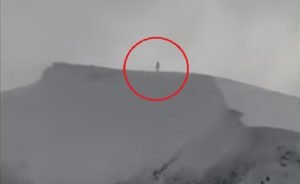 Something strange and gloomy happened to Canadian Andrew Dawson, who posted a video with a “giant” on a mountain on his TikTok account in early summer 2022. First, he was stalked, then he made an embarrassing admission that his video was a hoax, and then Dawson … died.

A mysterious giant figure on a mountain in Alberta, Dawson noticed by chance while driving to work with a colleague. He filmed the figure on video and posted it on the Internet. The video quickly became popular.

Dawson, meanwhile, became obsessed with solving the mystery of the giant on the mountain. He thought he had videotaped a yeti. He returned to the mountain, but did not see anyone on its slope, and when he wanted to go up the mountain, someone “influential” forbade him to do so.

Man claims he spotted a GIANT on top of a mountain… 🏔😳 pic.twitter.com/HDMr2nuHBZ

Then Dawson began to be followed by someone. He began to notice suspicious people in a car near his house. He decided that he had filmed something that no one should have seen and that now he was being pursued by people from the CIA.

It ended with the fact that one day he posted a video in which he made a confession that his video with the giant was “only a hoax.” This gave rise to a lot of talks, but then the story of Dawson began to be forgotten.

The other day, one of the netizens studied the history of Dawson and found that Andrew Dawson had passed away. An obituary for him from his grieving relatives was posted on July 1, 2022 on websites in his region, and judging by the date, Dawson died shortly after he made the confession to the “hoax”. 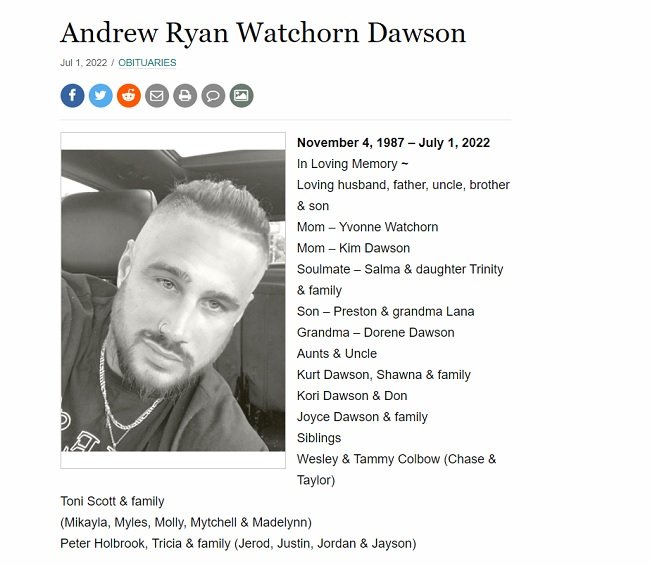 When information about this hit social networks, many remembered that Dawson’s video confession looked very suspicious. The man was definitely nervous and kept looking to the side, as if there was someone who was ordering him what to do.

It is not known what Dawson died of, but his death was apparently sudden. There are even theories about suicide. But in the video, he looked like a vigorous and quite healthy-looking man, strong and caring for his appearance.

After the confession video, Dawson posted two more videos: one titled “I’m scared”, and the second shows the same mountain where he filmed the giant, on which Dawson noticed some kind of structure and asked the question “Military?”.

Before posting a video with a giant on a mountain, Dawson was quite an ordinary blogger, posted a lot of videos with his dog, ice cream, about work, relatives, experimented with hairstyles. Nothing showed that he was a fan of conspiracy theories, yetis, aliens, etc.