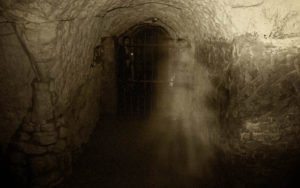 A concrete pavement leads visitors to Hannibal, Missouri’s Mark Twain Cave, and a dark, metal door opens to take them into the limestone labyrinth that inspired McDougal’s Cave in Twain’s 1876 novel “The Adventures of Tom Sawyer.”

Sawyer and Becky Thatcher almost met their doom in this cave, but the real story of the cave has haunted Hannibal for more than 170 years.

An uncountable number of feet have scraped across the stone floor since the cave’s discovery in 1819. Feet that belonged to the curious, the romantic and the likes of Twain, and outlaw Jesse James (he wrote his name on a limestone wall, and handwriting experts agree it’s his).

“I seemed to tire of most everything I did,” Twain wrote in his autobiography. “But I never tired of exploring the cave.” 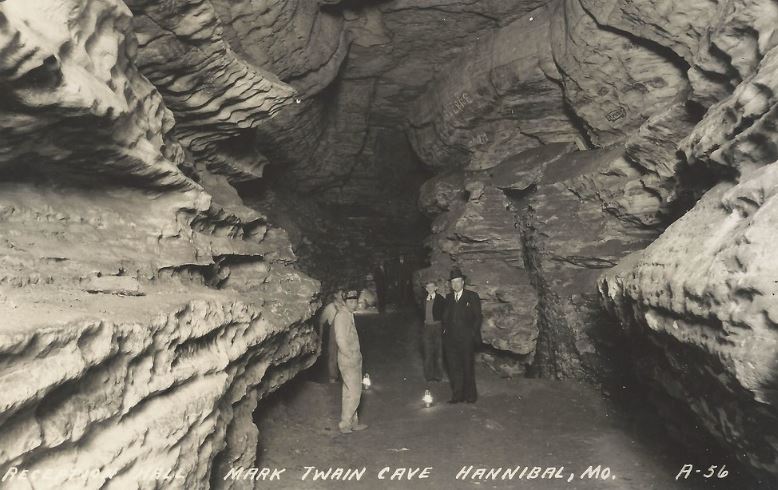 The cave, at 11 degrees (52 degrees Fahrenheit) year round, has housed town meetings, weddings and may still be home to the ghost of a teenage girl. St. Louis surgeon Dr. Joseph Nash McDowell, who founded the Missouri Medical College, owned the cave when Twain was a boy.

McDowell was a gifted physician and maybe a little crazy. “He was trying to petrify a human body,” Susie Shelton, general manager of the cave, said. “His own daughter died of pneumonia at 14. He took a copper cylinder lined with glass. He filled it with an alcohol mixture, put in his daughter, and hung it from a ceiling in a cave room.”

Let that sink in. Instead of holding a funeral service for his teenage daughter and interring her in the St. Louis McDowell family mausoleum, he stuck her body into a copper tube, filled it with alcohol, and suspended it from a cave ceiling 120 miles away from the home where she grew up, lived, and died.

The girl in the cave became a magnet for the children of Hannibal. Older children would lead younger ones on an adventure to the cave, which was three miles outside the city limits in Twain’s time. Armed with torches, they would crawl inside, and tell ghost stories around the cylinder.

Then, when the smaller ones were on the edge of terror, someone would approach the tube and unscrew it. “The top of the cylinder was removable,” Twain wrote in ‘Life on the Mississippi.’ “And it was said to be a common thing for the baser order of tourists to drag the dead face into view and examine it and comment upon it.”

The younger children would run screaming from the cave. Twain never admitted to taking part in these activities. After two years of complaints from the residents of Hannibal, McDowell moved his daughter’s body to the family mausoleum in St. Louis.

But, according to some, the lonely figure of young Miss McDowell is still there, walking in the chilled darkness of the cave. “I’ve had guides say they’ve seen somebody,” Susie said. “I’ve been in and out of there 15 years and have never seen or felt anything.”

However, former tour guide Tom Rickey saw something there in the late 1990s that still haunts him. “I got a cold chill,” he said. “I got them now thinking about it. I got a chill over me and I turned around and she was there.”

‘She’ was a girl wearing a long, old-fashioned dress with a cape. “I happened to look back in McDowell’s room … and I saw her standing there as plain as day,” Tom said. “She had long dark hair. Very, very pretty. She was only there for an instant.”

Thinking the girl was a lost tourist, he tried to speak to her, but she turned and went into the cave room. “She walked off,” Tom said. “She didn’t fade away, but there wasn’t nowhere to walk. She went through the wall. She just walked off and she wasn’t there anymore.”

Susie said Tom’s experience isn’t isolated. “There have been stories of people seeing a little girl in there, so it’s possible,” she said. “I’ve had a few tour guides who’ve said they’ve felt something. Some guides don’t like to go in there by themselves.”