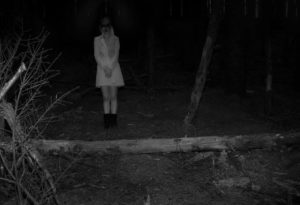 The ghosts of children, whose young lives have been cut short, are considered to be the saddest kind of haunting. Unfortunately in olden times people did not care for their children as we do today.

It was not unusual to sacrifice a child to ensure the protection of the gods or to ward off evil spirits. Small skeletons have often been found in ancient walls as evidence of pagan practices of long ago.

Relatives of the ‘unwanted’ could also be equally cruel to children in their charge, as is demonstrated by the well-known legend Babes in the Wood. According to tradition and folklore this tale was based on two Norfolk children whose cruel uncle decided to do away with them.

The setting is Wayland Wood or as it is known by its old name ‘Wailing Wood’. The Babes in the Wood is an old English ballad first published in Norwich by Thomas Millington in 1595.

Interestingly, no other place lays claim to this tale, and there are certain facts that have come to light over the years that indicate that the story, although slightly altered, is actually a true one, which took place in the 16th century.

It tells the story of two children whose parents die and who are placed in the care of their father’s brother. The little boy is aged about three and the little girl even younger.

Under the terms of their fathers will they are to inherit their father’s estate when they reach their majority. However, if they die before this time, then the monies and estate are to go to their uncle.

So the uncle decides to do away with the two children and pays two cut-throats to take the two children into Wayland Wood and murder them. But the children’s innocence and purity touches the hardened criminals and they cannot bring themselves to kill them.

So instead they abandoned them in the woods. Unfortunately, the two children never find their way out of the woods and die of exposure and starvation. In Wayland Wood there used to be a huge oak, which was said to be the place where the babes actually died, however, in 1879 the tree was struck and destroyed by lightning.

Half a mile from Wayland Wood is Griston Hall (now a farmhouse) said to have been where the wicked uncle lived. Inside the Hall there used to be a carved piece of wood, that is said to have depicted the story of The Babes in Wood, now long since sold.

It was placed there by a previous owner who knew about his families ‘skeleton in the cupboard’ and wanted to remind future generations of their ancestors’ act of cruelty.

So if you happen to be in Wayland Wood, late at night around the witching hour, you may well see (as others have done) out of the corner of your eye the wraiths of two young children, flitting amongst the trees.

Or hear their eerie wails, borne on the midnight wind, which gives these woods their archaic name. For they are two lost souls who are doomed to wander hand in hand through the woods looking for a way home.

Of the uncle, the story goes that he did eventually get his just deserves and was ‘brought to want and misery’ for the killing of his kith and kin. The village sign of Griston and also of Watton depicts the Babes in the Wood.

The Story Behind the Ohio’s Bloody Bridge