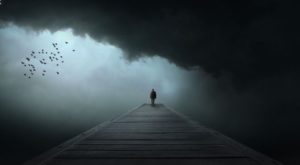 This legend is developed in Mexico, specifically in Guadalajara, Jalisco and discusses the strange case of a child who was afraid of the dark.

The legend goes back to the year 1880 when a supposedly wealthy family was blessed with the gift of a son whose name was: Ignacio Altamirano Torres. A child generally healthy, but had a problem since birth apparently said to have a strange terror of the dark.

They say that since he was a child, he cried inconsolably in the dark, therefore, when his parents realized this, there was no night that lamps were not lit in the room or a window open to let in the moonlight, so that the poor Ignacio was not afraid, because that was the only way the child could sleep.

Years passed and all seemed to go well, the child was two years old and his parents adapted to the lifestyle of caring for the child’s terrible fear of the darkness of suffering, until one night, the boy’s parents had to leave the house late at night, leaving the child alone, but with oil lamps lit, some candles and open window.

Unfortunately, that night the weather played a trick on them and the wind made the lights go off and the housekeeper did not ensure that they were continuously lit. In the middle of the night, the child awoke to find his room flooded by darkness.

It is believed that he was flooded with the terror of being immersed in darkness, that he died of a heart attack. His parents found his body and filled with sorrow made him a funeral to say goodbye to their son, but the strangeness of this story would come later.

The story goes that after the funeral of little Ignacio, the caretaker of the cemetery buried the coffin, but the next morning to do routine patrol found that the coffin of the child was outside the tomb and the casket was open.

After reburying the boy, he told the authorities that it must have been a simple grave robbing, thinking that parents may have placed little something valuable by the body, so it did not give great importance.

However, this occurred several times every morning; he found the body of Ignacio outside his tomb, so very frightened and shocked by the facts, the caretaker explained what happened to the child’s parents. The parents at hearing the news, told the keeper of the great horror their son used to suffer in the dark.

They decided to build the child a very special tomb, that was not underground, on the contrary, the coffin was at the top where it would have good sunlight during the day and moonlight at night, also four small pillars on which the caregiver would light four torches every night so that the child was never in the dark.