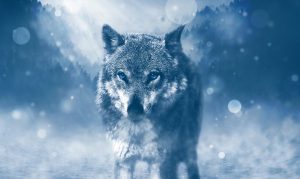 November 29, 1864: At dawn, approximately 700 soldiers attacked a village of Cheyennes and Arapahoes.

The soldiers bombarded the tribes with howitzers and small arms. They hunted the Native Americans down like they were mad animals. By nightfall, around 160 Cheyennes and Arapahoes were dead, most of them the elderly, children and women. The survivors fled.

A Cheyenne woman crept out from where she and her daughter hid since they first heard the weapon fire. The woman began to search for her husband and saw something move.

She feared it was a soldier and was relieved to discover it was her sister and her child. She gestured for them to follow her while she continued searching for her husband. She found him. He was dying.

He told her she must leave before the soldiers returned. She refused. He demanded they leave, told her they were protected, then died. The women followed the creek to find Cheyenne camps.

When the women and children woke, they found no sign of their people, but they found a bush with berries. They continued their journey. They found no food, but discovered a cave which would shelter them for the night.

The woman couldn’t sleep and saw the grayish light at the mouth of the cave was cut off for a few moments. She sensed another presence in the cave and felt fur brush against her face.

She realized it was a wolf and became paralyzed with fear. The animal lay close to her, sharing his warmth.

When they woke in the morning, the children showed no fear of the wolf. He trotted off. They followed him. He led them to a bison’s carcass, surrounded by a pack of wolves who sat there. Hunger conquered fear. The Cheyennes went to the bison and ate, then took all of the meat they could carry. After this, the pack began to eat.

The Cheyennes continued their search for the camp. They ran out of food. The wolf led them to two trappers who were cooking their meal. When the men saw the four of them, they fled. The foursome ate and continued their journey. The woman was desperate and cried out to the wolf that they had to find the camp or they would die.

The wolf loped away. He was gone so long that the women feared he had abandoned them. The animal returned and acted that they should follow him. They did and found the Cheyenne camp!

The woman left her sister and the children by the campfire and went to find their benefactor, but there was no sign of him. She never saw him again.

According to Native American belief, wolf symbolizes teacher, pathfinder, psychic energy, knowledge, intuition and wisdom. There has been other documentation of wolves helping people who were lost find their way or protecting them.

Is it possible the wolf and humans communicated telepathically? Yes. Experiments in anpsi, animal psychic phenomena, in the laboratory and the field, have shown that telepathic communication exists.

Was the wolf a phantom or a real animal who saved four Cheyenne people’s lives? Or is this a legend?

Scrying Mirrors: A Divination Tool For Looking Into Past, Present, and Future