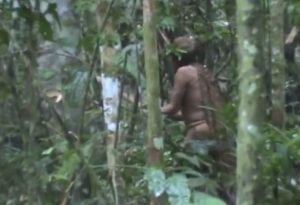 The last indigenous Brazilian to be called “the loneliest man in the world” has died after spending almost three decades in complete isolation.

The man, also known as the “man from the hole,” lived in total isolation for 26 years on the indigenous land of Tanaroo, deep in the Brazilian state of Rondônia. The man got his nickname from his habit of digging deep holes, some of which were used to trap animals and others, presumably for hiding.

The man avoided contact with the outside world, although local authorities continued to monitor him from afar, sometimes leaving supplies for him.

The last person died, to whom such words as TV, iPhone, the Internet meant nothing.

Survival International said the rest of his tribe was decimated by attacks in the 1970s, mostly by pastoralists and land grabbers.

“No outsider knew the man’s name or even his tribe, and with his death the genocide of his people ended,” said Fiona Watson, director of research and advocacy at Survival International. “Because it really was a genocide – the deliberate destruction of an entire people by pastoralists hungry for land and wealth.”

On August 23, employees of the Brazilian Indigenous Agency Funai discovered the body of a man lying in a hammock in a hut. He is believed to have been 60 years old.

Eyewitnesses found no signs of struggle, violence, or the presence of other people. Funai said he died of natural causes and his body will be subjected to a forensic examination by the federal police.

Survival International said his abandoned campsites left traces of his life, where he planted crops, including corn and papaya, and built straw houses.

A man photographed a ghost in a Scottish castle