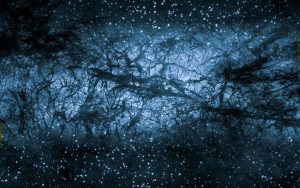 Another amazing discovery for the scientific community was made by a group of researchers from CERN. According to Wired, this time the Large Hadron Collider allowed specialists to obtain antihelium.

This experiment was carried out on December 12 in the main ring of the LHC, and its results are perceived by most representatives of the scientific community as amazing.

About 12 years ago, thanks to an experimental approach, physicists were able to isolate antimatter in the form of antihelium. At the same time, on Earth, traces or at least particles of antihelium, despite all the attempts of researchers, have not been found.

Since then, scientists from all over the world have been diligently trying to prove that antihelium is the result of the decay of dark matter.

And in December 2022, during the next experiment, a group of scientists led by Vorobyov nevertheless extracted 18 thousand antihelium nuclei from the collider.

Based on this result, the researchers were able to calculate the probability of detecting antihelium coming to Earth from space.

“We have found that half of these particles still reach the detectors that are installed near the planet,” the authors say.

In addition, a new question has now been posed to scientists, to find out how antihelium is released from dark matter. If they find the answer to it, they will become even closer to unraveling one of the key mysteries of the universe.