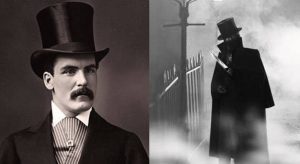 Dr. Thomas Neill Cream was a Scottish serial killer, who was born in Glasgow, Scotland in 1850, but from the age of 4 was raised in Quebec, Canada when his family moved there in 1854.

His first murders took place in the United States and the rest in England, and possibly others in Canada and Scotland. Cream poisoned his victims and was executed after his attempts to frame others for his crimes brought him to the attention of London police, with some sources stating that his last words before being hanged were a confession that he was Jack the Ripper — even though he was in jail at the time of the Ripper murders.

He was an excellent student and went on to study medicine in London in 1876 at the age of 26, although he had an added incentive for crossing the Atlantic, as he had just married a woman he had made pregnant, with the bride’s family having forced Cream to the church at gunpoint.

He almost killed her while aborting the baby. The honeymoon was only just over when Cream left in the night for England, leaving a note for his wife.

He returned to Canada long enough for his wife to die of consumption, a death for which he would later be blamed.

He then headed to Edinburgh to practice medicine but in August 1879 Kate Gardener, a woman with whom he was alleged to have had an affair, was found dead in an alleyway behind Cream’s office, pregnant and poisoned by chloroform.

Cream claimed that she had been made pregnant by a prominent local businessman, but after being accused of both murder and blackmail, he promptly fled to the United States.

Cream went to Chicago and set up a medical practice not far from the red-light district, offering illegal abortions to prostitutes. He was investigated after a woman he had allegedly operated on died, but he escaped prosecution through lack of evidence.

On July 14, 1881, a man named Mr. Stott died of strychnine poisoning. Cream was arrested, along with Mrs. Stott, who had obtained the poison from Cream to do away with her husband, whom she suspected of cheating on her.

Mrs. Stott then turned state’s evidence to avoid jail, which left Cream to face a murder conviction on his own. He was sentenced to life imprisonment in Joliet Prison. He was released 10 years later after his brother pleaded for leniency, allegedly also bribing the authorities.

Using money from his recently deceased father’s inheritance, Cream, then aged 41, returned to Britain, arriving in Liverpool on October 1, 1891. He went to London and settled down in Lambeth. Victorian England was the centre of the vast and wealthy British Empire, but in places such as Lambeth there was poverty, petty crime and prostitution. 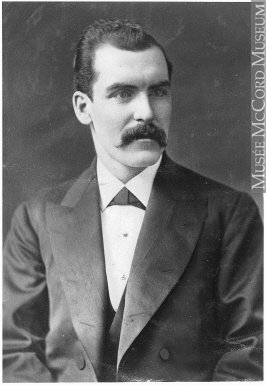 On October 13 that year, Ellen “Nellie” Donworth, a 19-year-old prostitute, went out for a few drinks with Cream. She was severely ill the next day and died on October 16 from strychnine poisoning.

On October 20, Cream dated a 27-year-old prostitute named Matilda Clover. She was ill following that evening and died the next morning, her death was however initially recorded as being related to her alcoholism.

On April 2, 1892, after a vacation in his home country of Canada, Cream was back in London where he attempted to poison a woman who, finding his behavior somewhat suspicious, refused to consume the drinks he was trying to give her.

Just over a week later on April 11 Cream met two prostitutes, Alice Marsh, 21, and Emma Shrivell, 18, and talked his way into their flat where he offered them bottles of Guinness. The cream was long gone by the time the strychnine he had added to the drinks took effect. Both women died in agony.

Cream’s downfall came through an attempt to frame two respectable and innocent doctors. He wrote to the police accusing these fellow doctors of killing several women, including Matilda Clover.

Not only did the police manage to quickly determine the innocence of those accused, but they also realized that there was something significant within the accusations made by the anonymous letter-writer. He had referred to the murder of Matilda Clover.

In fact, Clover’s death had been noted as natural causes, related to her drinking. The police knew that the false accuser who had written the letter was the serial killer now referred to in the newspapers as the Lambeth Poisoner. 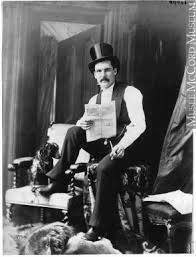 Not long afterwards, Cream met a policeman from New York City who was visiting London. The policeman had heard of the Lambeth Poisoner, and Cream was considerate enough to give him a brief tour of where the various victims had lived.

The American policeman happened to mention it to a British policeman who, understandably, found Cream’s knowledge and interest in the case suspicious. The police at Scotland Yard put Cream under surveillance, soon discovering his habit of visiting prostitutes. They also liaised with the police in the United States and learned of their suspect’s conviction for a murder by poison in 1881.

On July 13, 1892, Cream was charged with the murder of Matilda Clover. His trial lasted 4 days and on October 21st he was convicted and sentenced to death. Less than a month after his conviction, on November 16, Dr. Thomas Neill Cream was hanged at Newgate Prison.

According to some sources, his last words were “I am Jack…” This was interpreted to mean Jack the Ripper, but the words were muffled by a hood. Experts note that this whole incident may be nothing more than a story invented later, as police officials and others who attended the execution made no mention of it.

Records show he was still in the state prison in Illinois USA for the murder of Daniel Stott by poisoning at the time of the murders in 1888, but some authors have suggested that he could have bribed officials and left the prison before his official release, or that he left a lookalike to serve the prison term in his place.

Neither notion is seen as very likely by most scholars. Jack the Ripper may have had Some medical training, but, Cream was quite a proficient surgeon, having studied medicine in Canada, Scotland and at St. Thomas’s Hospital in London.