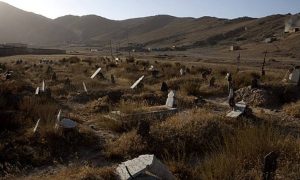 Far from civilization, in the deserts of Northern Chile, lies a small abandoned mining town that was to become a “ghost town”.

It has been reported that numerous people have traveled here only to never be seen again. In the late 1800’s La Noria was a booming mining town, but after a number of economic slumps the mines were shut down and the town was deserted.

The residents of La Noria lived under terrible working conditions that bordered on slavery. Many, including children, suffered horrible deaths from accidents and poor living conditions. Their bodies were then buried in a makeshift cemetery just past the town.

The La Noria cemetery has a reputation as one of the most frightening and surreal places you will ever see. Most of the shallow graves are open. What is probably even more disturbing is the fact that many of the graves have been dug up with open coffins and partially dressed skeletons lying within and outside of them.

The theory that is the work of grave robbers is somewhat flawed as these were the bodies of slaves. Locals in a neighboring town refuse to enter La Noria, the cemetery, or even the surrounding areas. Some locals will actually attempt to physically stop tourists from venturing into the town out of concern for their well-being. 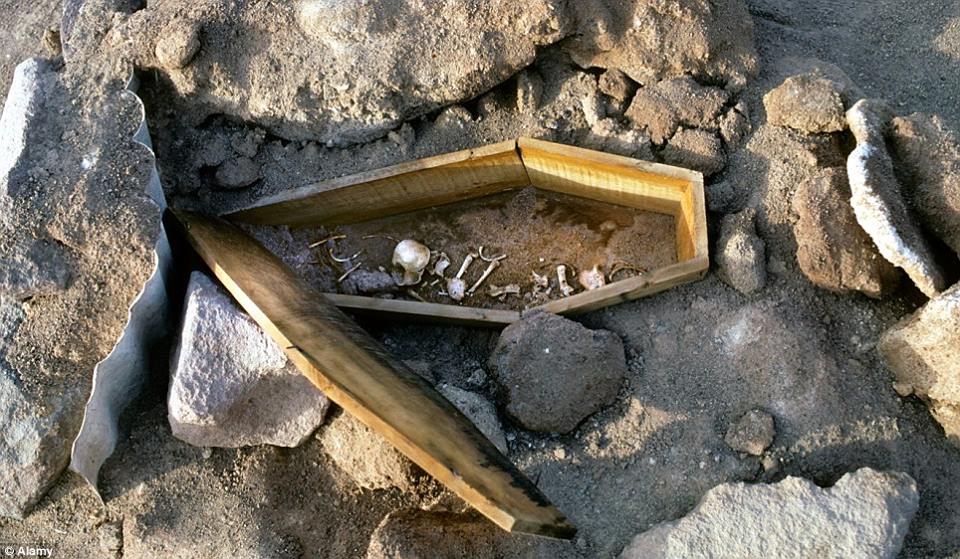 It’s when the sun goes down that things start to get really terrifying. Reports of paranormal activity are common. Witnesses have reported hearing disembodied voices, screaming, footsteps walking towards them. Others have reported seeing apparitions and shadow people wondering the streets.

Locals of Chile have also reported seeing children creeping around the abandoned schools at night. Eyewitnesses have reported that when the sun goes down, the dead rise from their graves and begin walking toward the town. That would explain the wondering apparitions walking the streets.

As you walk into La Noira’s cemetery, you’ll notice graves everywhere. What’s disturbing is that there are several graves that have been dug up with open coffins and skeletons lying in the them.

Perhaps the reason for the spirits rising from their graves is because their rest has been disturbed by what has been reported to be the work of grave robbers. If you decide to pay a visit La Noria at night, its worth noting that the closest form of civilization is one Petrol station that’s 20 miles away.