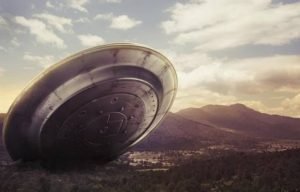 The Kecksburg UFO incident, often referred to as “Pennsylvania’s Roswell”, has been the topic of much speculation, intrigue and controversy for well over five decades now. The incident took place on December 9, 1965 in Kecksburg, Pennsylvania, a small town located roughly 40 miles from Pittsburgh.

On the night of the incident, thousands of witnesses saw a brilliant light streaking through the sky. Reports of an unidentified flying object were received from over six different states, as well as Ontario, Canada.

The reaction was so strong in the greater Pittsburgh area that practically all of the phone lines for the local newspaper, radio and TV stations were jammed, and reports poured into the local police station.

Possible explanations for what the object may have been included a meteor, a test missile, satellite debris, and even a plane crash. The most common assumption, and the one most favored by the local press outlets, was that it was some type of meteor.

The focus of the incident quickly shifted to the testimony of a handful of eyewitnesses, including a small boy and his mother, who claimed to have seen the object crash in the woods. Several testimonies were put forth stating that upon impact, a type of blue smoke rose above the trees, but quickly dissipated.

Others reported to have felt some type of “thump” or strong vibration, along with a loud sound (described by some as a “sonic boom”) around the time that the object reportedly crashed.

Among those who first responded to the incident were a handful of local volunteer firefighters, who claimed to have discovered an object that was shaped like an acorn and roughly the size of a compact car.

The object was commonly described as having a gold or bronze-like color, and it appeared to be comprised of one solid piece of metal with no seams, joints or rivets.

One of the volunteer firefighters called upon to comb the woods for what he was told was a “crashed plane” was Jim Romansky, a machinist by trade. Romansky claimed that he was “scratching his head” because he was looking for any signs of wreckage or bodies, but all he found was the actual object itself, fully in one piece, buried in the mud and “quiet as a church mouse”.

As a machinist, Romansky was especially intrigued by the actual construction of the craft. He noted that the object appeared to have been made by pouring liquid metal into a large mold. He was baffled by the fact that the object had “no portals” and no apparent means by which to enter or exit the craft.

Perhaps the strangest feature of the object (noted by Romansky and several other witnesses) was a band of what appeared to be inscriptions or heiroglyphics around its base.

Not too long after the local fire department responded to the incident, the military quickly moved in on the scene and began to severely restrict civilian involvement. The Army cordoned off the crash site, ordered civilians to leave and then loaded the object onto a flatbed truck, covering it with a tarp.

The majority of eyewitnesses claim that the Army carried the object off rather quickly, and continued to forbid any civilians from approaching the crash site, even after the truck was long gone.

Eyewitness accounts tend to disagree on the amount of military troops that were present during this phase of the incident; reports range from only two or three to several dozen. Other eyewitnesses claimed that NASA personnel were also present at the scene and involved in the search efforts. 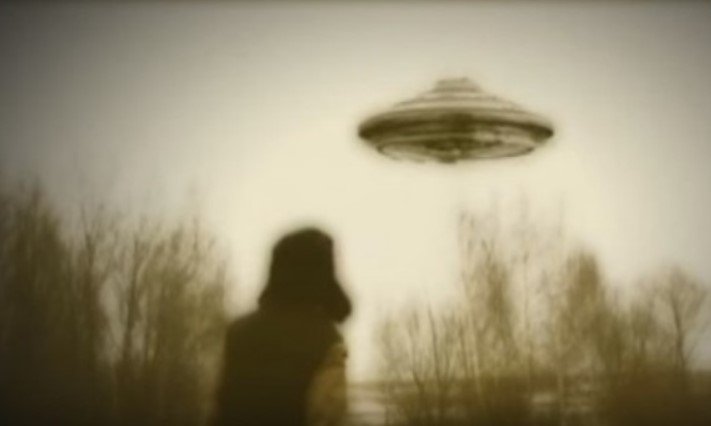 Documents from the Air Force’s famed Project Blue Book files indicate that a local Air Force installation sent a team of three men to Kecksburg to investigate the crash site, but that “nothing was found.”

Although there have been several conflicting stories as to the extent of military involvement in the incident, the general consensus is that whatever it was that crashed in the woods that night, there seems to be an obfuscation of evidence by officials regarding the importance of (and even existence of) the object.

One of the most prominent theories offered as a potential explanation of the Kecksburg incident is that the object was the remains of a downed Russian space probe known as “Kosmos 96”. According to official reports, Kosmos 96 was intended for Venus, but failed to fully exit the Earth’s atmosphere.

The probe subsequently reentered the Earth over Canada on the same date as the Kecksburg incident, but its reentry was recorded at 3:18 a.m. The Kecksburg sightings occurred many hours later at 4:45 p.m.

Although these events happened within only 13 hours of each other, NASA official Nicholas L. Johnson issued a statement asserting that there is “no way” that any debris from the Kosmos 96 probe could have landed in Pennsylvania during the reported time frame.

One of the more speculative theories to emerge regarding the Kecksburg UFO incident is that the object that crashed was actually a Nazi-engineered time machine known as “Die Glocke” (meaning “The Bell” in German).

This top-secret device was rumored to have been constructed near the end of World War II at a secret Nazi test site near the Czech border. Many researchers believe that the Nazis were looking for a way to engage in time travel, and that Die Glocke was an experimental device that was built to accomplish those ends.

Although the surviving evidence of this secret Nazi experiment is sparse, a captured high-ranking SS officer by the name of Jakob Sporrenberg stated in a sworn affidavit that he was largely responsible for upholding the secrecy of the experiment, even to the point of ordering the slaughter of the 60 Nazi scientists that worked on the project.

Those who uphold the connection between Die Glocke and the Kecksburg UFO claim that the infamous SS General Hans Kammler used Die Glocke to escape being captured by the Allied forces near the end of the war, and that Kammler actually traveled through time in Die Glocke to crash-land in Kecksburg in 1965.

History records that General Kammler did mysteriously disappear after World War II and has never been found; this has fueled many theories regarding his possible escape using Die Glocke, and his subsequent assimilation into American society.

There are quite a few similarities between the reported size and shape of the Kecksburg UFO and that of Die Glocke, prompting many to assert that the objects are one and the same thing.

The Kecksburg UFO remains a point of contention for many of the townspeople that remember the incident. Even to this day, there are several surviving witnesses and several conflicting stories regarding the various details of the incident.

Some have been accused of “stretching the truth” to invite sensationalism, while others have shared only a small fraction of what they actually know to avoid controversy.

Requests made to Kecksburg’s local government for further investigation have been largely ignored, and there is little expectation that any earnest inquiry will be made any time soon. For now, we are largely left with rumors, speculation and hearsay, and yet another fascinating example of how paranormal phenomena intersects with our normal lives.