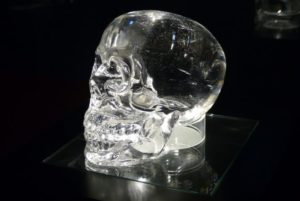 Just as the name implies, crystal skulls are skulls that are made out of quartz crystal. The skulls are claimed to be of pre-Columbian origin and to possess various paranormal powers. These claims include the power to heal, as well as the power to kill. Here are some of the remarkable claims that have been made about crystal skulls.

Anna Mitchell-Hedges is credited with finding the first skull, sometimes called The Skull of Doom, in 1924. She is said to have found the skull at a dig being conducted by her adopted father Frederick Mitchell-Hedges at the ruins of Lubaantun in Belize.

She declared the skull could cause visions. One vision she claimed to see was a premonition of the assassination of John F. Kennedy. Another claim she made was that she had used the skull to kill a man.

In Mysteries of the Crystal Skulls Revealed he writes, “The skull will pictorially replay all events or images of the people who have come into contact with them (i.e. they contain the history of our world).”

It was believed that 13 true skulls had been kept separate due to the enormous power they had. Some suggested that if they are brought together at the proper time they could be used to prevent the end of time.

According to Joshua Shapiro, co-author of Mysteries of the Crystal Skulls Revealed, nine of these skulls have been identified. They are known amongst crystal skull devotees as Mitchell-Hedges, Sha Na Ra, Ami, Max, Synergy, Einstein, Mayan Skull, ET, and Mahasamatan.

As for skeptics, this appears to be one case where they clearly carry the day – starting with the Mitchell-Hedges Skull. It has been clearly shown that Anna Mitchell-Hedges was never at the dig site where she claimed to have found the skull. 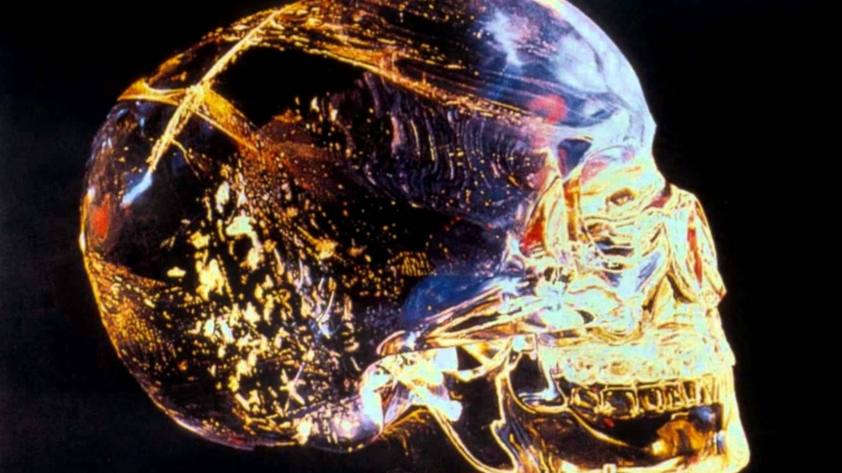 “The “Collection” grows and grows and grows. You possibly saw in the papers that I acquired that amazing Crystal Skull that was formerly in the “Sydney Burney Collection.”

It is fashioned from a single block of transparent rock crystal, exactly life-size; scientists put the date at pre-1800 B.C., and they estimate it took five generations passing from Father to son, to complete.

It is anthropologically perfect in every detail, a superb piece of craftsmanship. There is only one other in the world known like it, which is in the British Museum and it is acknowledged to be not so fine as this.”

Clearly the skull was not found in situ, but purchased. The purchase was made at a Sothebys auction and is clearly in their catalog for Oct. 15, 1943. When one takes time to compare the image from the catalog to images of the Mitchell-Hedges Skull, it is obvious they are of the same crystal skull.

In addition, all the crystal skulls mentioned above have been shown to be of modern manufacture. By extrapolation does this mean that all crystal skulls are fake? What does that make of the claims the skulls are psychic recording devices? And, at this point, all claims about the 13 skulls and the end of times on December 21, 2012, should be seen to be clearly false.

Whatever your personal beliefs, there is no doubt that the idea of crystal skulls with paranormal powers has become deeply entrenched in pop culture. They have appeared on television in Stargate SG1 and in video games like Assassin’s Creed.

If at this point you are possessed of a desire to have your own Crystal Skull, then look no further than eBay. At the time of this writing, a search on eBay resulted in over 14,000 hits. The skulls in the eBay search range in price, depending on size, from a few dollars to thousands.

They are also available in almost any semiprecious gemstone you can imagine. Once you get a skull in hand expose it to one of the nine skulls listed above to charge it. It appears Crystal Skulls have become quite the cottage industry.