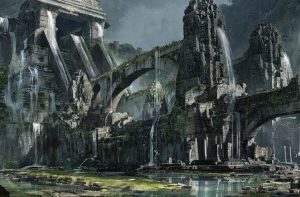 David Wilcock’s Source Field Investigations have arrived in the UK and Europe with the publication by Souvenir Press (May, 2012) of The Hidden Science of Lost Civilizations.

Wilcock has had amazing, if controversial, success in the USA where his internet documentary The 2012 Enigma has been viewed more than two million times.

At a time when mainstream western science and philosophy seem to be running out of ideas for an understanding of the universe, books like this are needed to kick-start new and original thinking about our privileged place in it.

Wilcock’s strength lies in his inspiring synthesis of ideas and his universalist and holistic approach which reinstates physics and metaphysics to the same continuum and demands that orthodoxy acknowledges it.

His astute recognition of surprising correspondences between ancient wisdom and contemporary, especially Russian, scientific discovery has profound implications for the 21st-century worldview.

His claim, which he sets out to justify in a 500-page tour de force, is that our destiny on Earth is being guided by a hidden intelligence, a living energy field from which the universe arises, the ‘source field’, as he calls it, a fluid-like energy that creates space. time, matter, biology and consciousness. 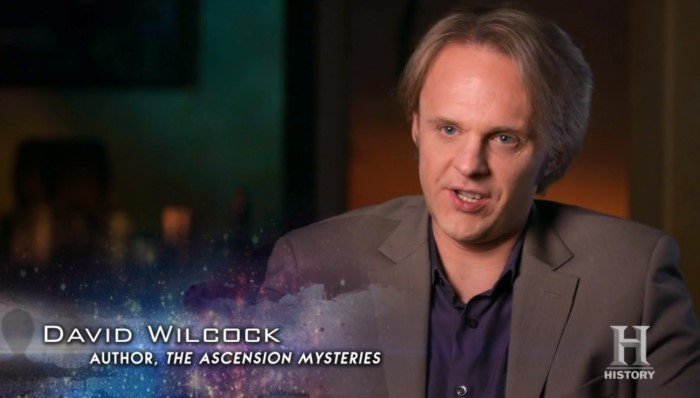 Wilcock, a clairvoyant with a psychology degree and a Master’s equivalent in experience from internship at a suicide hotline, makes much of the work of the Russian scientist Dr Nikolai Kozyrev who found that time does not go through space in a straight line but spins or twists as it travels. The scientific word for this is ‘torsion’, taken up subsequently by many Russian scientists who refer to ‘torsion fields’ of space-time.

Wilcock prefers his term ‘source field’ because he feels it gives a much better sense of how this energy is responsible ultimately for creating everything in the universe (hence the significance of the sub-title of the book, ‘The Source Field Investigations’).

The ancients appear to have known vastly more about the source field than we have ever given them credit for, he says. They built stone structures that could have created enough ‘coherence’ to harness natural ‘stargates’ on earth – when the geometry inside the earth aligns with the geometry in the solar system.

He says there should be a variety of examples where these space-time portals, or ‘wormholes’, naturally and spontaneously appear causing mysterious disappearances, time displacements and other anomalies.

Indeed there are, and they have been recorded exhaustively. Wilcock would gain much from the amazing studies of the Australian researcher George Mitrovic who has surveyed anomalous phenomena from all over the Earth over a 177-year period, 1800 to 1977, and discovered that they follow regular and cyclic periodicities similar to the periodicities of the planets of our solar system.

Irrespective of their nature, they follow sine waves, previously unknown energy waves travelling across the surface of the Earth at set speeds in set but variable directions and in a constant state of movement. When several sine waves intersect, creating ‘wormholes’, anomalous phenomena occur.

Kozyrev’s discoveries lead Wilcock to conclude there is proof that every object in the universe has the potential to affect all others in measurable ways in an eternal energy exchange. Our own solar system appears to moving into an area of greater coherence, he says, creating a rapid evolution of DNA and consciousness.

Surprisingly, however, Wilcock has little to say about the nature of consciousness itself when some scientists (Dr Amit Goswami, the nuclear physicist, for example) are speculating that it might actually be the ‘ground of being’.

The Maya calendar end-date, the expected arrival of the Age of Aquarius, and the coming ‘golden age’ in Hindu scriptures, all highlight the same small window of time, around now, 2012, when a paradigm shift will occur.

Humans gained a major burst of intelligence about 50,000 years ago, and the Neanderthals phased out about 25,000 years later, both tying it with the 26,000-year cycle of the Platonic Great Year, now turning again.

Knowledge of a Lost Civilization Devolved into Myths of Ancient Cultures

‘More and more, it seems that our ancient ancestors knew what they were talking about,’ says Wilcock. Could it be, he asks, that knowledge of physics and spirituality from a lost civilization that existed before the last ice age devolved into the myths of ancient cultures, worldwide. Indeed it could.

Another researcher Wilcock should turn to is the late Christian O’Brien who, in the 1980s, showed that members of a technologically superior race – known in the records of Sumeria, the world’s oldest known civilization, as the Anannage – were a precursor society.

Ongoing research by the Golden Age Project suggests that the Anannage were the survivors of a civilization decimated by planetary catastrophe in about 10,400 BC when cosmic debris collided with the Earth. They were the culture bearers who restarted civilization in the Middle East at about 9,800 BCE, and then took their knowledge and wisdom around the world.

Wilcock’s breezy optimism is contagious and, with luck, will spread among the general public who should then start lobbying political and technology leaders about building on his findings. There is excellent science, he says, to support the idea of a global energy grid.

The same geometry likely appears in quantum mechanics, the genetic code, the solar system, the distribution of galaxies, and the gas and dust at the furthest reaches of the universe.

Geometry naturally appears when a fluid is pulsated. Pyramids and other funnel-shaped structures harness this flow and generate coherence in a given area, creating increasingly refined geometric patterns with healing attributes.

This science could ‘pave the way for a wealth of free energy technologies that could end our crippling dependence on oil – and usher in a new era of pace, freedom and prosperity that we may never have dreamed possible before’.

Lost City of the Arctic Circle: Someone Lived There