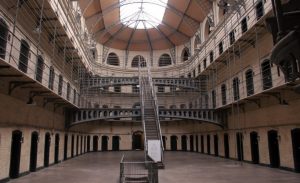 While poltergeists and ghosts terrify guests at hotels and haunt homes, nowhere are they more troublesome than in a maximum security prison. It becomes very difficult to police inmates when there are invisible forces switching lights on and off, moving objects, and even unlocking cells. Welcome to Kilmainham Gaol…

In 1796 Kilmainham Gaol was built as a replacement for the antiquated dungeon, which today is still only yards from the prison’s walls. In the early days Kilmainham Gaol was be used to jail every type of offender ranging from murderers to Irish rebels, and even women and children convicted of petty crimes.

With no segregation between the prisoners, the men women and children were incarcerated in the same cells, sometimes up to five per cell with only a single candle for lighting. Those having committed a crime worthy of capital punishment were hung to death at the front gates for the public to witness.

Kilmainham Gaol, while it was still in operation, adopted a reputation as a Hell on Earth, surprisingly not for the wretched conditions that prisoners lived in, the torture by prison guards, or the daily public executions, but for the more paranormal terrors that were being rumored from within its walls.

Even prison guards would choose duty at any other prison but Kilmainham, and for good reason. Despite the high level security at the prison, it was near impossible to maintain security. Guards were often engaged chasing phantom lights, or escaping from corridors that would suddenly lose all lighting.

In 1924 after numerous escape attempts where inmates inexplicably walked out of their cells, Kilmainham Gaol was finally closed for good. A plaque was erected in that same courtyard where they hung the prisoners. It named every one of the captives executed for “their dream of independence for Ireland”. These were the leaders and soldiers of the 1916 uprising for Irish independence. 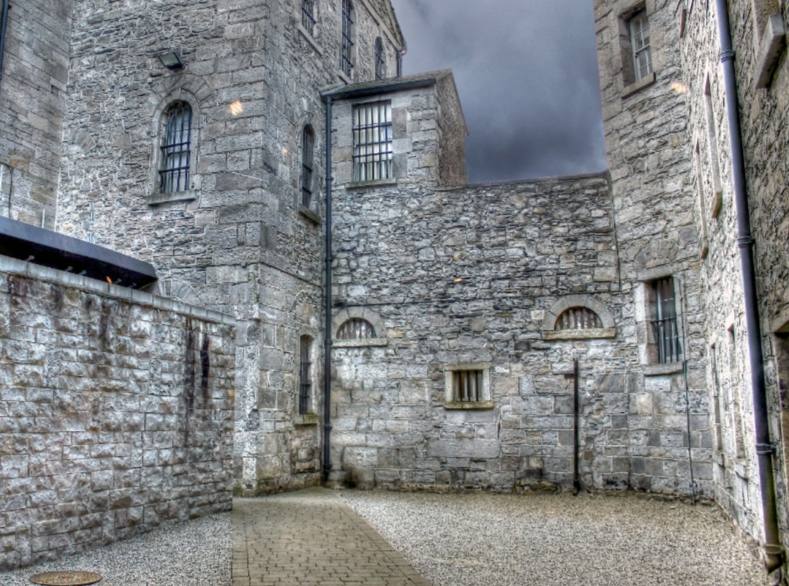 Forty years later the Kilmainham Gaol was reopened, but this time to be restored as a museum. Dan McGill, who lived at the prison with his family governing the restoration process by far witnessed more paranormal phenomenon than any other modern day visitor.

On one occasion, when his family was already asleep, he was preparing himself for bed when the lights in the chapel across the courtyard lit up. All lights were controlled from his quarters and were well within his sight, but assuming he or a member of his family had switched them on accidentally he switched them off without a second thought only to see them turn back on again. This happened three times in a row – each time he would turn them off they would turn back on by themselves.

The work crew and all volunteers also witnessed their fair share of phenomenon, some of it violent. When the old dungeon was being repainted, the painter who was reported to be a “deeply religious man” had already complained several times concerning unnatural energies.

One day while in the dungeon he would later report that he had felt something breathing on him. When he began to pray when in front of several other painters, he was blown across the room and held off the ground against the adjacent wall by an invisible force.

Many others, including modern day visitors have reported those same sensations of being breathed on. Many, sometimes in groups, have reported hearing footsteps walking up behind them, through them, and carrying on ahead of them.

Kilmainham Gaol is truly a creepy location, even if it weren’t haunted the architecture and dimly lit corridors make for a bone chilling experience. The prison is now a fully functioning museum and is entirely open to the public with the exception of areas closed off for administrative workers.

Reader’s story: Why Did They Choose Me?