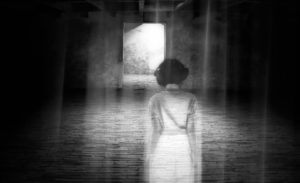 The Tunbridge Wells Hotel situated in the Pantiles was once known as the Swan Hotel. What happened there, is very difficult to categorize. The story, which took place in the mid 1800’s, has aspects of a time slip, a haunting and reincarnation. The people involved in this strange but true story were Nancy Fuller and her young daughter Naomi.

The two had taken a room at the top of the Swan and as they climbed the stairs for the first time, Naomi began to act oddly. As her mother looked on, Naomi suddenly seemed to be disturbed, closed her eyes and began mumbling to herself. When asked what was wrong she simply said, “I’ve been here before.”

As the mother and daughter finally reached the top floor of the Swan, Naomi’s strange behavior not only continued, it became even more bizarre. Entering their room, Naomi began to speak in a more audible tone, calling out the name “John.”

As Naomi walked towards a corner of the room, her mother witnessed her young daughter transform. She became older, an adult woman, her clothes also aged dramatically to an era long past. The incident soon ended but the story Naomi would later tell her mother is baffling.

Naomi said that in another life or time, the mysterious man “John” to whom she was speaking, had ask her to marry him. Her father strongly objected to the union and locked her away, in the very room, room #16, she and her mother were staying.

She became deeply depressed and ultimately killed herself, by jumping from the top floor window. Naomi went on to say that at the time of her death, the Swan Hotel was a private residence. The Swan became a hotel in 1835.

The strange activity continues to this day in room # 16 at the Swan Hotel. Paranormal activity such as blankets and furniture being moved about the room are common, as well as full body manifestations of a young woman and what appears to be a young man. What happened to the young girl named Naomi back in the mid 1800’s will always remain, unexplained.

Famous Female Ghosts From Around The World