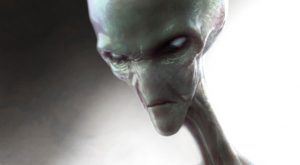 Evolution on earth has produced an astonishingly diverse array of species. Most of those species simply do not look like eachother. Compare your anatomy to that of a lobster, for example. You simply do not share very many traits with an arthropod, yet both of you are native to this planet.

Yet, the greys bear a striking similarity to you and I. They have arms in the same general places, the eyes are also in the same places, and are arranged in stereo like our own eyes, not all species on earth can claim this. They have a slit that presumably is a mouth, they have legs where you and I have them, and they stand upright – unlike nearly all species on earth.

Most of the reported sightings of non-grey aliens tend to share this same hominid configuration with the humans and the greys. In fact, if one had to identify most of these species if they were indigenous to the earth, they would be classed squarely as primates. But not with the insects, arthropods, crustaceans, fish, birds, reptiles and so on.

None of this makes any sense. Evolution on earth has taken countless turns, many based on chance or circumstance, that has produced millions of different species living species, and even more extinct ones. These are configured in a mind boggling array of forms. It would be reasonable to presume that evolution must function this way no matter what planet you are on.

Further, the climate, atmosphere, gravity and a myriad other differences that planets exhibit would dictate different paths of evolution. Sheer chance, such as asteroid impacts or the lack thereof play a major part, and would be different on all planets. In light of all these factors that have made the earth’s species what they are, it would seem virtually impossible for two intelligent species to appear similar if they were from two seperate worlds.

So why the similarities? Lets explore some of the theories.

1. The greys are future versions of humanity, travelling back in time for some unknown reason. The problem with this theory is the current understanding of causality, the future humans/greys could alter their own future drastically by messing around with the past, and it is very unlikely that they could control all factors that would be involved in doing this.

In short, they may well destroy their own civilzation unintentionally simply by abducting the wrong person under the wrong circumstances. This alone makes this possibility somewhat remote.

2. The greys evolved on the earth, and either left, or are still here hiding. The problem with this theory is that it would be effectively impossible to hide a second intelligent species on the earth if they were present in large numbers in either the present or the past. Lack of artifacts, structures, industry, gas emissions, and so on tend to damn this theory. If they lived here now, or ever were here, we’d have found something by now.

3. The greys seeded evolution on earth. This interesting theory has its troubles. There is a fairly decent line of kinship between the ancestors of man, and man himself. From the australopithecines to us, we all have a family resemblance that doesnt seem to offer much space for the aliens to mess with our genetics. While this doesn’t entirely damn the theory, there are far better and easier methods of creating a new species in your own image.

4. There is some sort of master plan by a supernatural diety, a God, that creates intelligent species along some sort of similar design. Who knows if this theory is correct or not.

5. The greys are only interpreted by our brains to appear as they are. If the greys truely exist, this may be the most likely explanation. When the brain sees a grey, particularly if it were from another dimension, it may simply interpret them as it would interpret an optical illusion, out of a total lack of reference.

How does one percieve an interdimensional being from a dimension that it cannot percieve? If it can percieve them at all, its likely going to do some inventing. It may also be that the greys have some method of making us see them as they want us to see them, not as they actually are.

6. John Keel may have been right; the greys, the bigfoot, the saucers and most other paranormal phenomena arent what they seem, and are indicative of something else entirely.

There are other theories, and some of them may be valid, but the fact remains that the greys look like us. If they exist, this often neglected mystery will be crucial to understanding their species, and possibly our own. It is a profound question hidden inside of a profound question.